This was the Fucino15 meeting – part III

In the last two posts I have reported on the scientific sessions of the Fucino15 conference and on the first of the field trips. This post is about the L’Aquila field trip. I haven’t been to this city before and I was curious to see the place that sadly became so famous in earthquake science. I was surprised by how many heavily damaged buildings were still standing and by the overwhelming amount of historical buildings that await their reconstruction. We were given a great tour through the Palazzo Ardinghelli which is currently being rebuilt, then we had a look at the worst-affected parts of the city. Here’s a report in images. 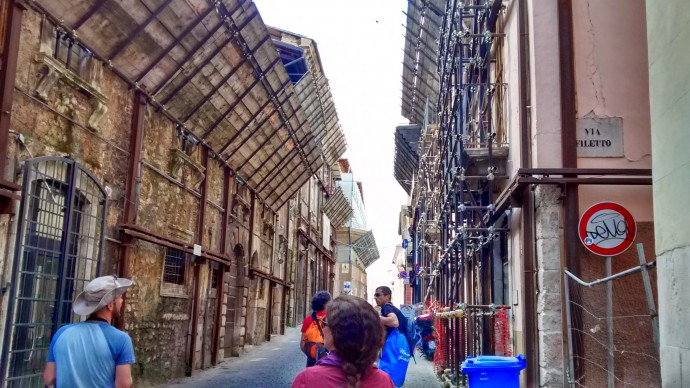 The old and beautiful buildings in L’Aquila have intense earthquake damage and are stabilized to prevent further decay. 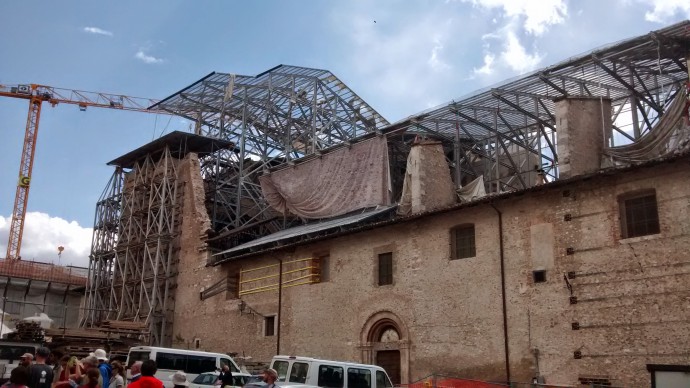 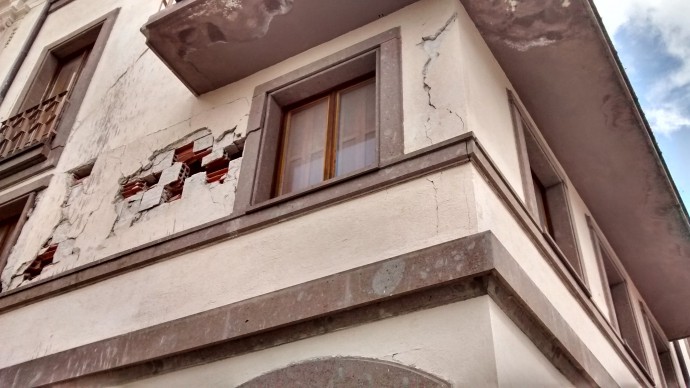 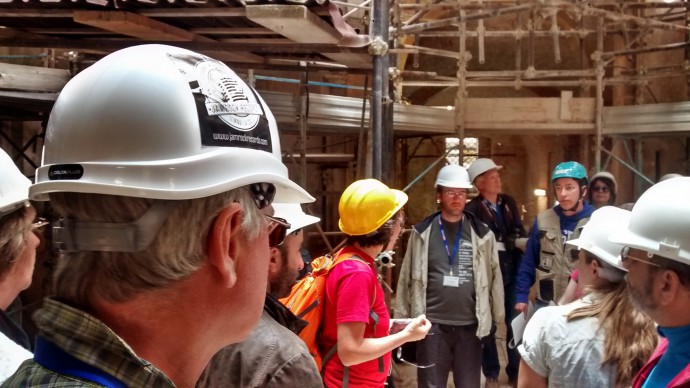 Inside the Palazzo Ardinghelli, getting to know about the reconstruction works. 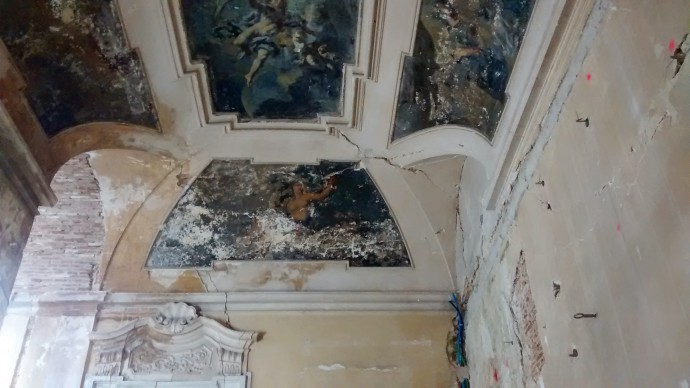 Damaged ceilings in the Palazzo Ardinghelli. 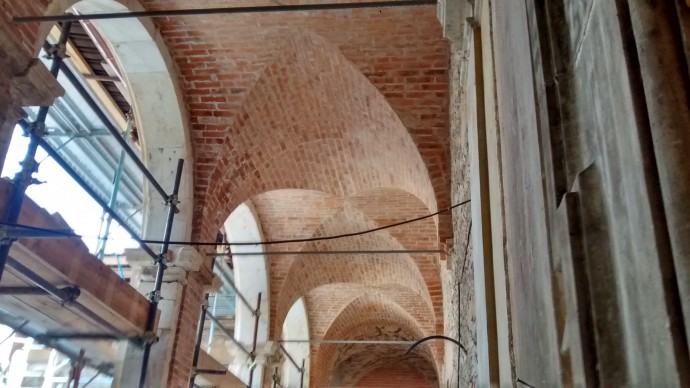 Restoration is making good progress in the Palazzo Ardinghelli.

The Spanish Fortress – Forte Spagnolo was also damaged in 2009. Probably not the most-loved building in L’Aquila. 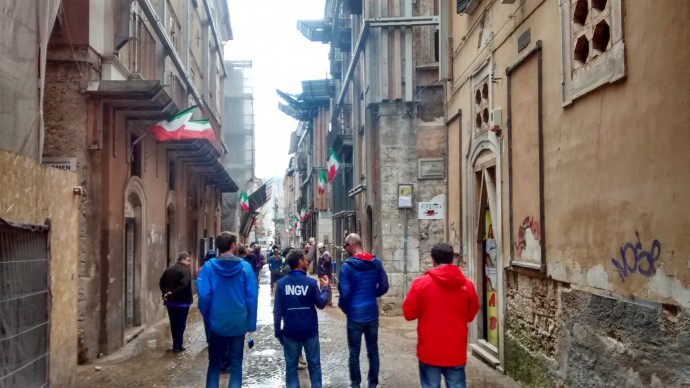 The earthquake damage is visible everywhere in the city. 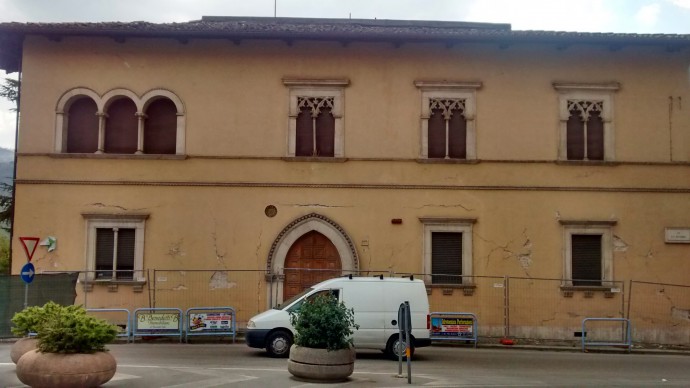 An interesting EAE – note the horizontal offset in the vertical support of the window above the door. Well, it’s an EAE only if it hasn’t been there before the earthquake… 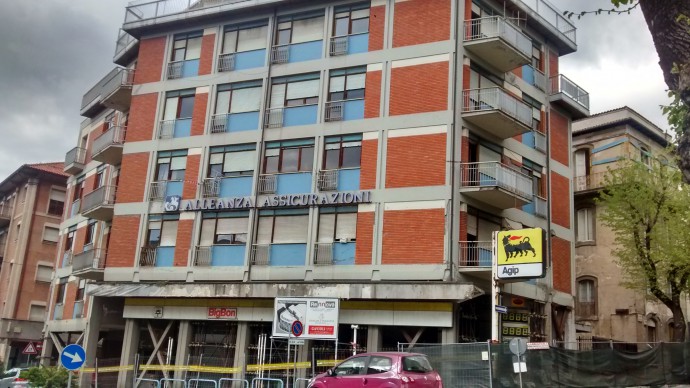 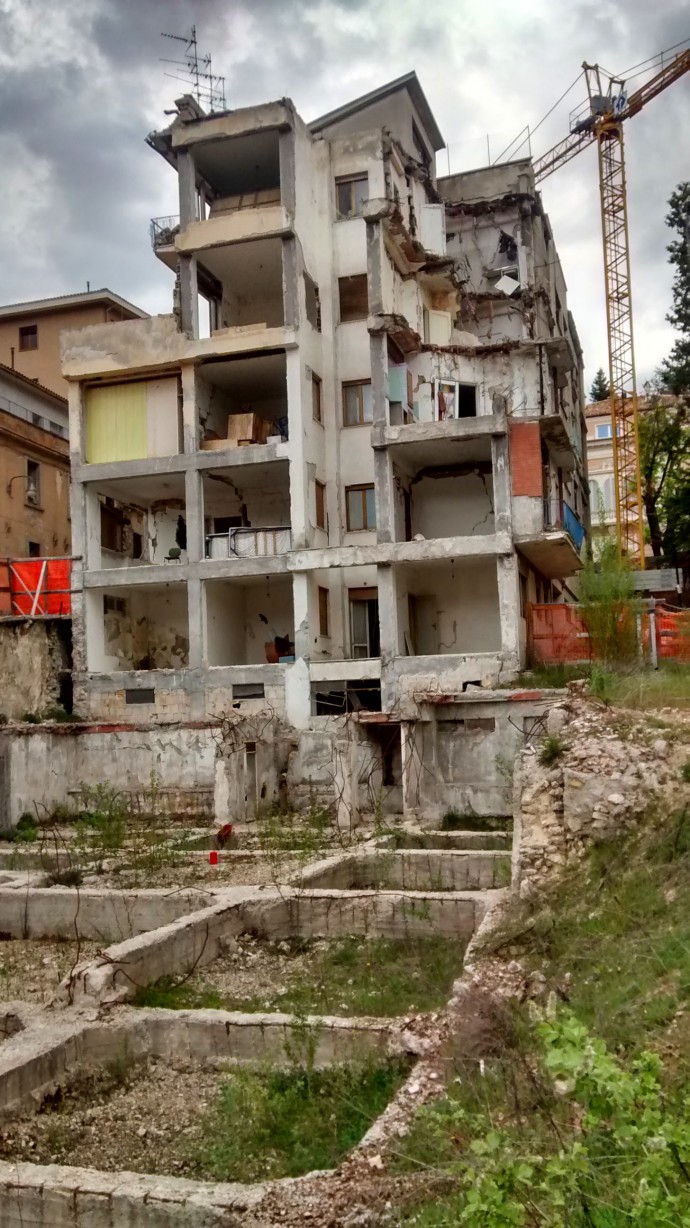 One of the collapsed multi-storey houses. 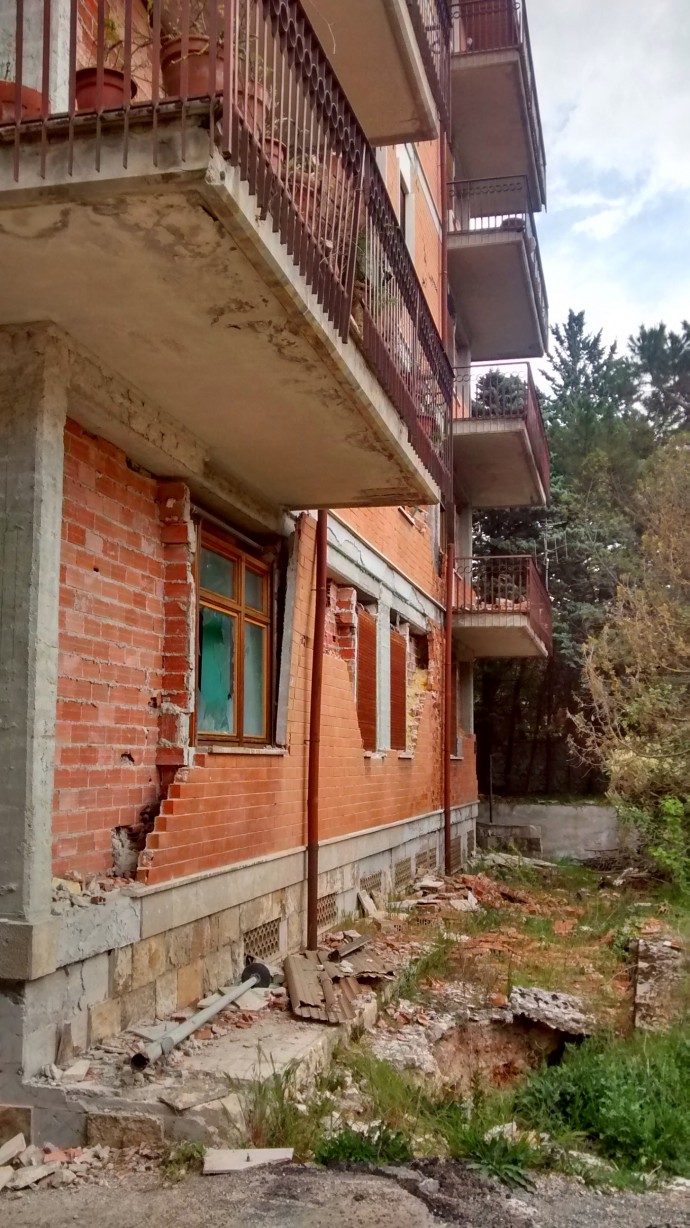 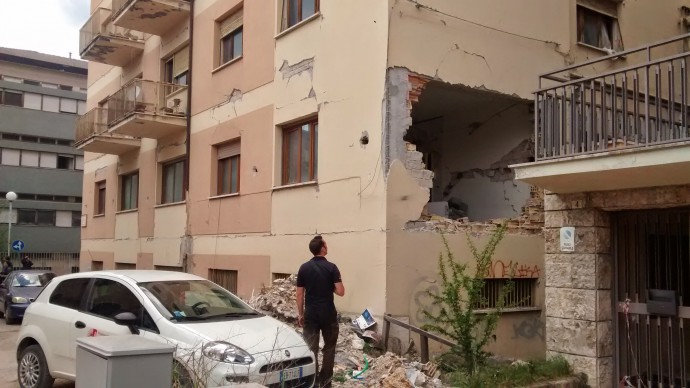 Will this ever be rebuilt? 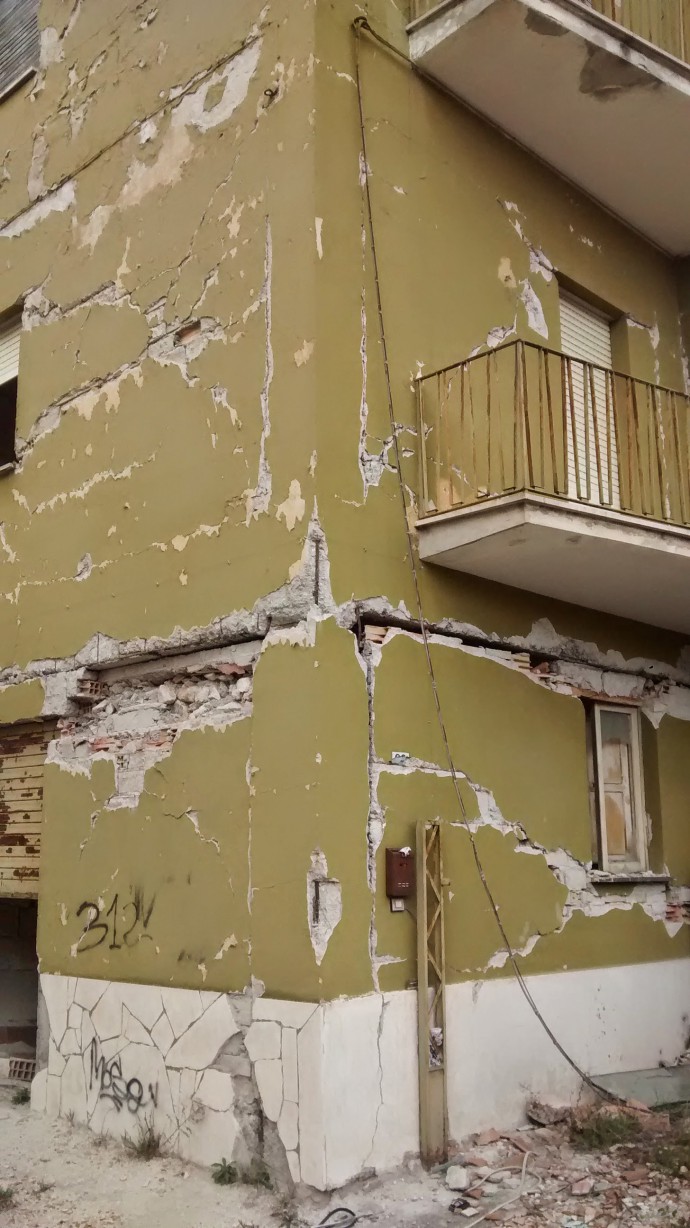 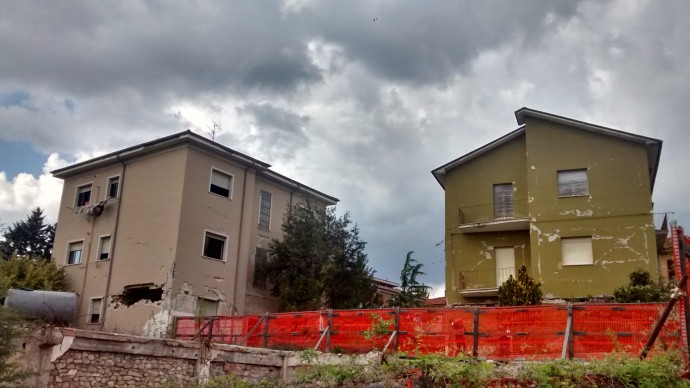 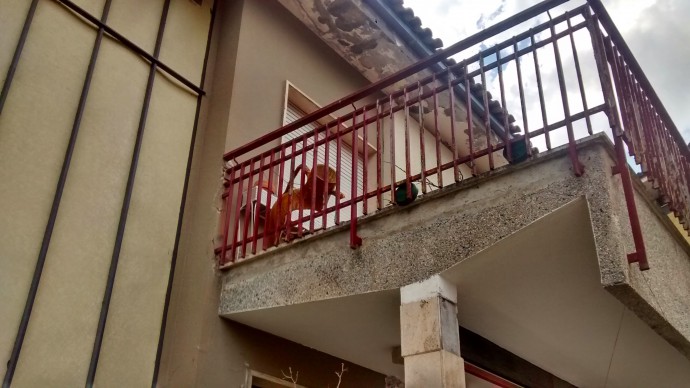 The houses have been left right after the earthquake and it is scary to see a ‘frozen’ impression of the morning of the event six years ago. 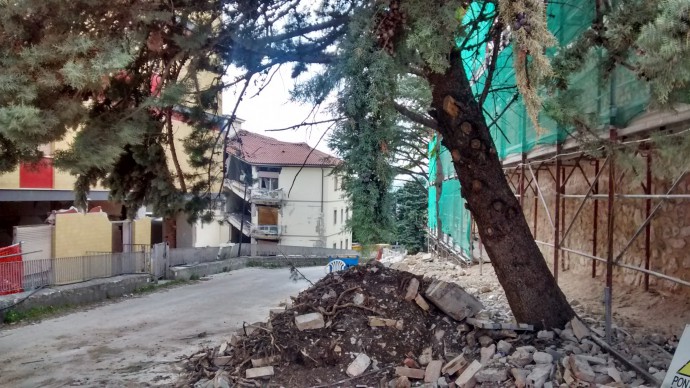 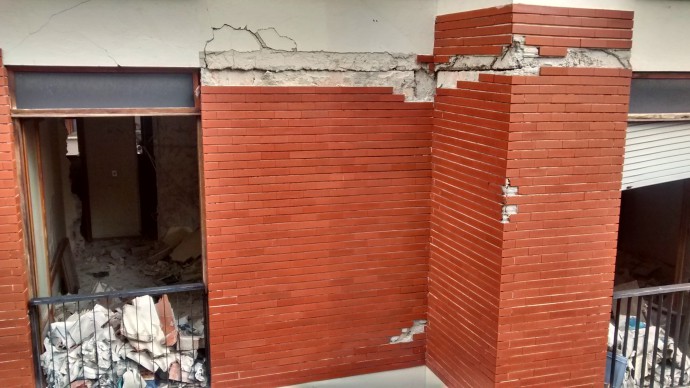