This was the Fucino15 meeting – part I

Phew, this was an intense week and a great one too! The Fucino15 meeting on paleoseismology, active tectonics and archaeoseismology is over and hopefully everyone safely arrived back home. Here’s a brief report on some of the science that happened at the meeting. Since we had ~50 oral presentations, only an overview is possible here. In the following days I’ll add more details about the field trips. A big thank you to the Italian organizing team who did an amazing job – grazie mille! 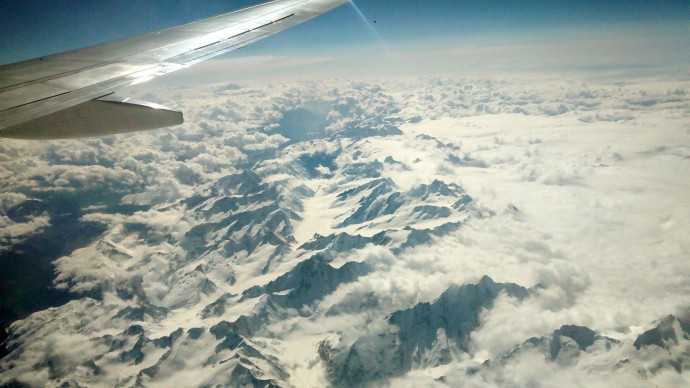 On the way from London to Rome – the Swiss Alps awaken the appetite for more geomorphology!

The first day started with a commemoration of the 1915 M7.0 Fucino earthquake and the first talks were devoted to macroseismic effects, surface faulting and magnitude determination for this event.

The session on Quaternary Geology was opened by two invited talks, Gerald Roberts and Laura Gregory (Team UK) on fault interaction and 36Cl analyses in the Abruzzi, respectively. A large number of presentations dealt with active tectonics in Italy and how they can be recognized. Other talks included (not only) geomorphological work on the Dinarides, the NW Himalaya, Mexico, and seismites in Latvia. The lively discussion continued during the lunch break and the coffee breaks in the poster exhibition area.

Archaeoseismological studies were focussed on in the last Monday session, K.G. Hinzen opened the session with his team’s findings in Alba Fucens in the vicinity of Avezzano. New case studies from Spain and Greece were presented in the following and the ArMedEa project got lots of interest, too. 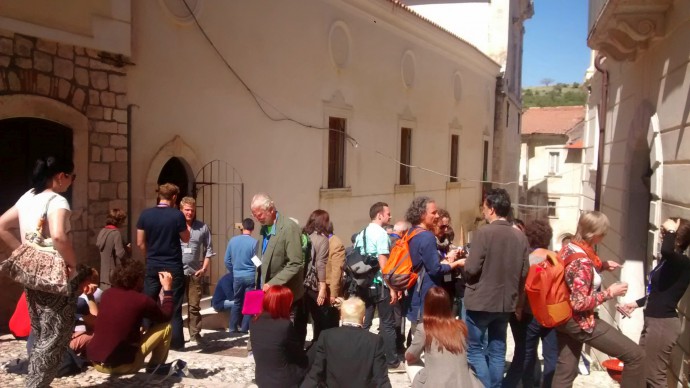 Lively discussions in the lunch break.

This day was entirely devoted to paleoseismology. The first key note lecture was given by David Schwartz on the 2014 Napa earthquake. Then, Eulália Masana reported on field work at the Alhama de Murcia fault in Spain and Petra Štĕpančíková showed her results from trenching and GPR in the Cheb Basin. David Mackenzie talked about slip-rate determination in the Tien Shan and Sowreh Rezaei focussed on active faulting in Korea.

In the afternoon session, talks showed the importance of clever dating methods in slip rate estimations (e.g., 36Cl). New studies on speleoseismology were presented and more talks dealt with active tectonics in Italy.

The workshop on The European Plate Observing System & Eurogeosurveys followed in the afternoon. 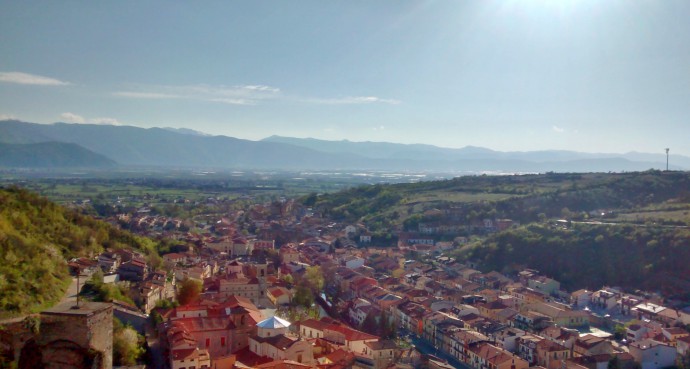 Beautiful Pescina and the Fucino Basin

During the last day the sessions focussed on Seismic and Tsunami Hazard. The day was opened by three invited talks on active tectonics in the Skyros Basin, Greece (D. Papanikolaou), the challenges that come along with fault-based PSHA (O. Scotti), and ESI-scale shake maps (P. Silva and J. Elez). Further presentations were concerned with probabilistic fault displacement hazard, hazard maps, hazard assessment, long-term strain rates, and the ESI 2007 scale. Steve Wesnousky gave an invited talk about block rotations and normal-fault bound basins (not only) in Nevada. Stefano Fabbri reported on his ongoing research in Switzerland, combining field observations and a huge range of different geophysical onshore and offshore methods. This was one of my personal highlights, as he nicely illustrated challenges in detecting subtle fault expressions in a fast-changing environment and how our modern toolbox of geoscience methods can be used to attack this problem. Also, this was one of the most entertaining talks together with Eldon Gath’s presentation. Another talk that I liked a lot was by Stéphane Baize who documented few centimetres of surface ruptures in a recent M5 (!) event in Ecuador. The shallow depth and the low shear strength of the material could explain this unusual observation.

The second session on Tsunamis was rather short – Witold Szczuciński reported on new approaches for the tsunami hunt in polar and tropical regions and Franck Audemard had some great examples of how trustworthy eyewitness accounts are in the case of tsunamis in Venezuela. 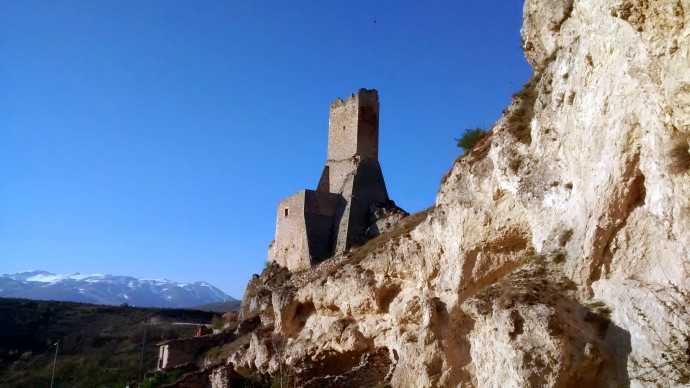 Earthquake damage in the foreground, nice landscape in the background. Pescina, Fucino basin.

Make sure to check the entire program with a complete list of talks and all the posters that I didn’t mention at all, although the poster session was great and full of interesting contributions.