During the last three weeks I have been to Kazakhstan for paleoseismological field work and to summarize this journey: It was amazing! The trip was part of the Earthquakes without Frontiers project (EwF). This research project is funded by NERC and ESRC and aims on increasing the knowledge on earthquake hazards in Central Asia. The field work was lead by Richard Walker and scientists from Kazakhstan, Kyrgyzstan, and the UK had a close look at fault scarps in the easternmost parts of the country. Our aim was to determine the slip rates of some of the longest and most prominent thrust and strike-slip faults in the area.

The spectrometer is running for one hour after OSL sampling.

Most of the data will be used by David MacKenzie during his PhD, and Emily Carson will write her MSc. thesis about the activity of one certain fault. In the weeks and months before our trip, David analyzed satellite imagery for identifying promising field sites. All in all, we visited six different faults, five major thrusts and one strike-slip structure. We then measured the height of scarps of possible Holocene age and mapped offset geomorphological features. 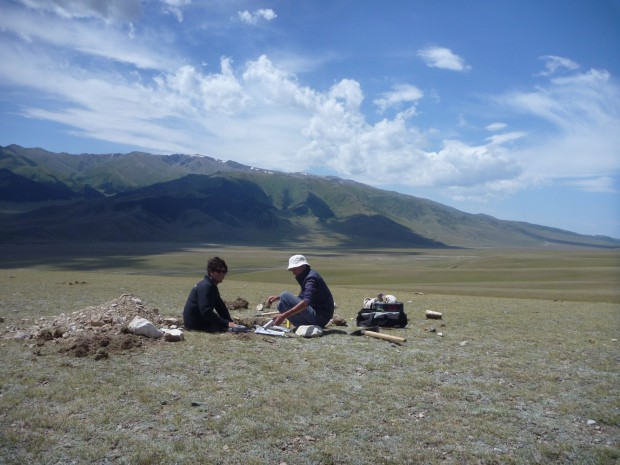 Digging pits into alluvial fans is no fun.

We took a good number of samples for determing the age of offset alluvial fans and abandoned river terraces, which included hours of digging into coarse gravels and loess. (Today I do not like loess as much as I did before the trip…) Samples for radiocarbon dating were collected when we encountered suitable material like charcoal or plant remains. 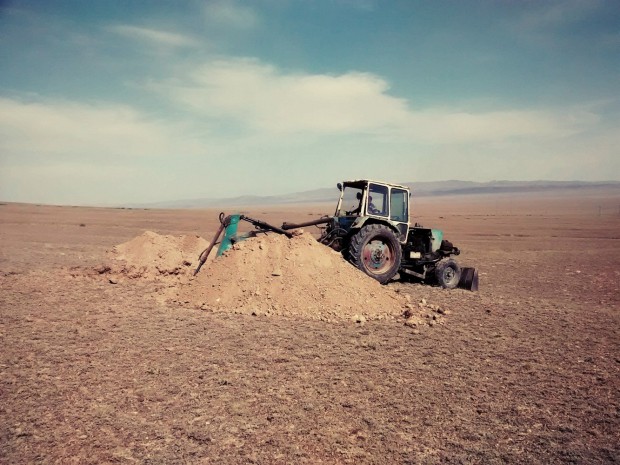 At one site, we hired an excavator and opened a trench across what seems to be the scarp produced by the last earthquake on the fault. A helium balloon allowed us to collect aerial imagery from some scarps – thousands of photos are waiting to be stitched and processed for extracting elevation data. 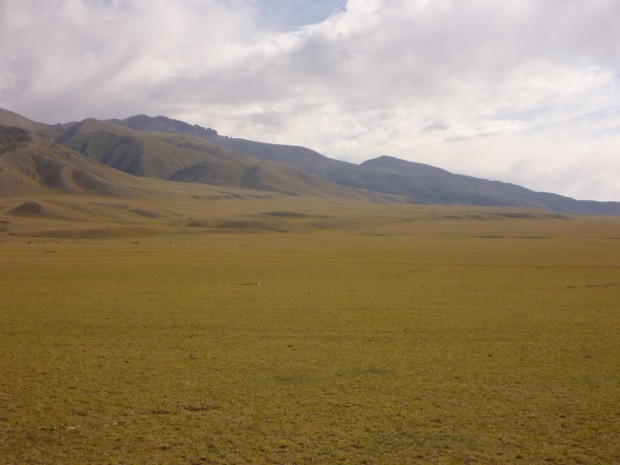 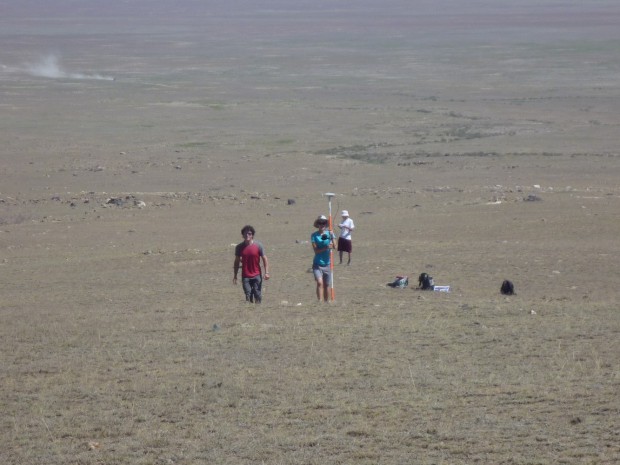 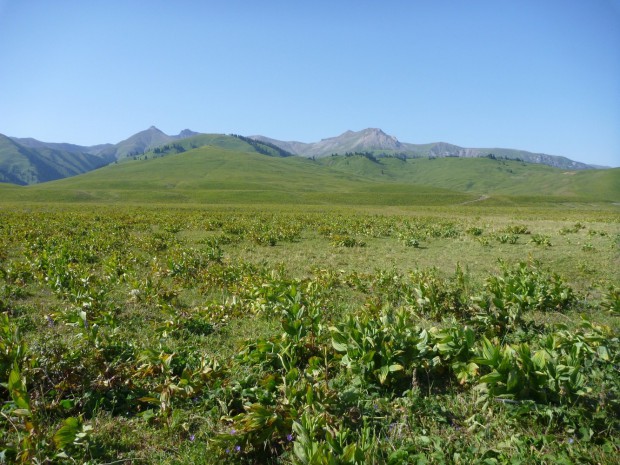 Some of the thrust fault scarps were huge. I haven’t seen such scarps before and I was overwhelmed by their massive appearance and beauty. Also, Kazakhstan is a wonderful country with an amazing landscape (at least in its eastern part) and hospitable people. I really hope I can come back next year! 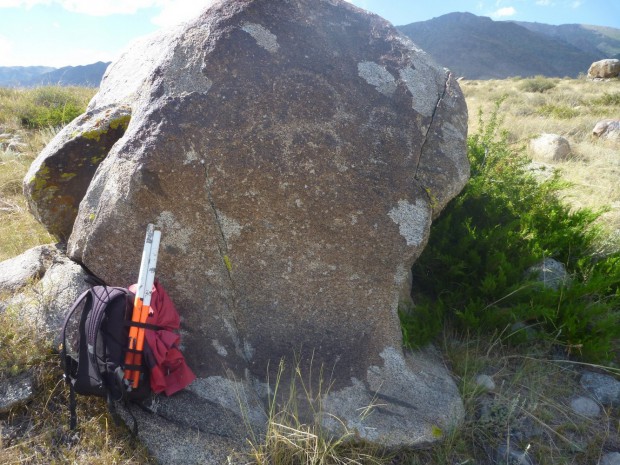 Petroglyphs, we still need to find out how old they are. 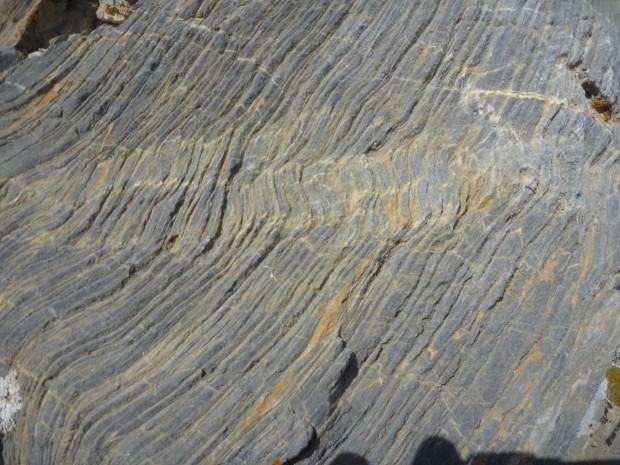 Something for our friends from the structural geology department… 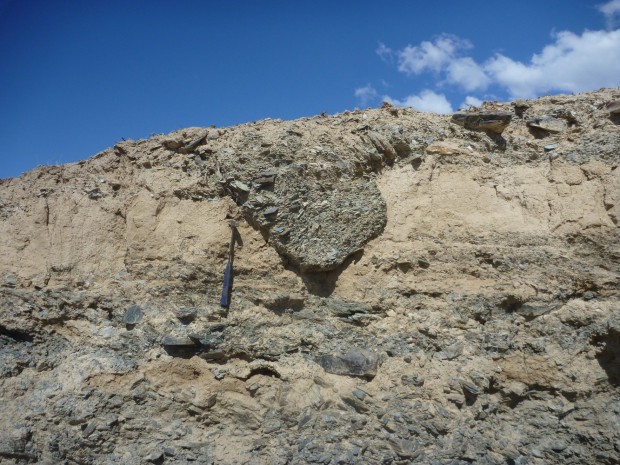 …and something for the sedimentologists. 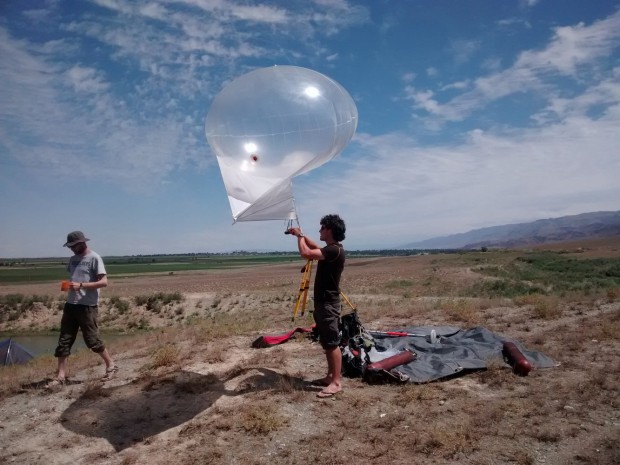 The helium balloon carrying the camera. 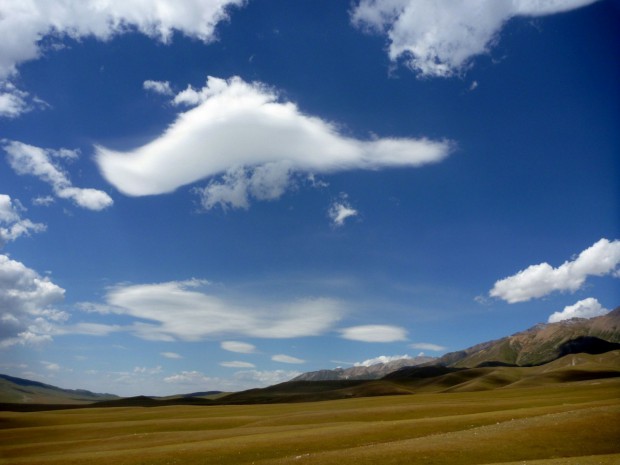 A thrust fault to the right, at the base of the range. This beautiful valley will be gone in a few million years.