This was the Fucino15 meeting – part II

I blogged about the scientific sessions at the Fucino15 meeting last week, here’s my report about the pre- and post-meeting field trips. The pre-meeting field trip was held in Rome, where we explored the archaeological and historical evidence for earthquake damage in the Eternal City. After the conference we followed the traces of the 1915 Fucino earthquake and then finally visited L’Aquila. This blog covers Rome and the geological field trips, a special on L’Aquila will follow later.

We went on a long hike in Rome, visiting many of the ancient monuments like the Colosseum, the temples, the Pantheon, Trajan’s column etc. The city has experienced several damaging earthquakes in its long history. Historical sources do document the earthquake impact fairly well. Today, the building damage is hard to be identified – intense restoration works took place during the centuries and the masons and carpenters didn’t always care much about archaeoseismologists’ preferences. The Colosseum is a nice example with its beautiful ‘frozen archaeoseismological features’, see image below… 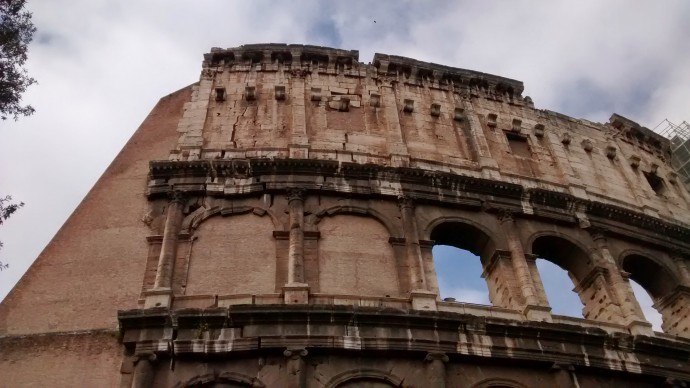 In a guidebook that Miklós Kázmér showed me this feature is described as follows: “Using the insight of the ‘stopped-image’ of a simulated collapse, Raffaele Stern succeeded in freezing history, inaugurating the major period of restoration in Rome”. That illustrates the problem very well…

The first post-meeting field trip led us to the active faults of the Fucino basin and focussed on geomorphology and paleoseismology. Here is a file with the coordinates of the stops (GoogleEarth kmz). 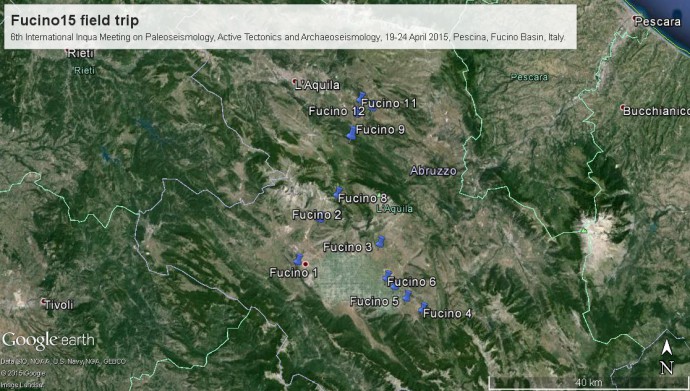 Avezzano was flattened by the 1915 earthquake, note the beautiful seismic landscape. 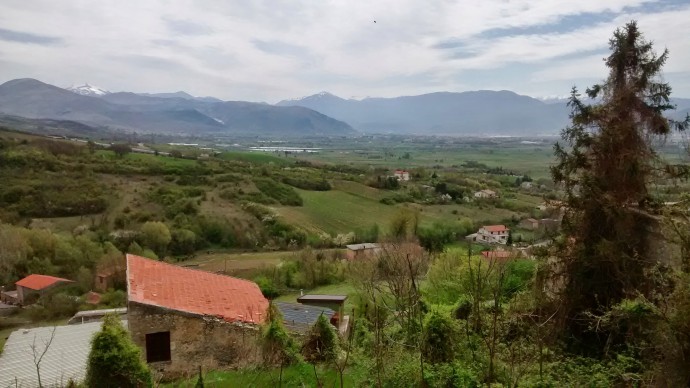 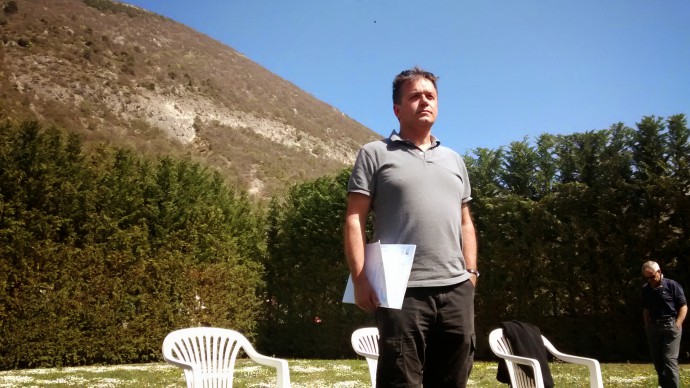 Gerald Roberts in front of the Serrone fault escarpment 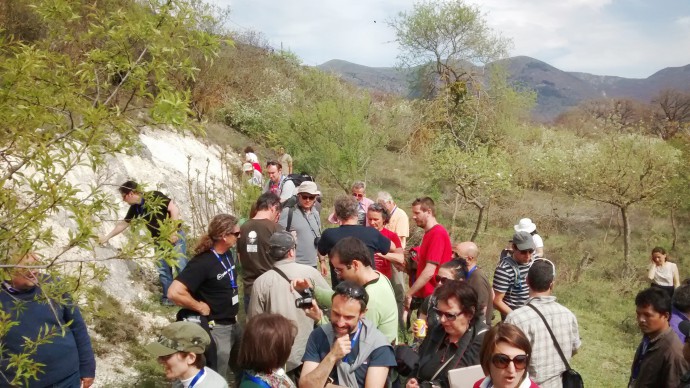 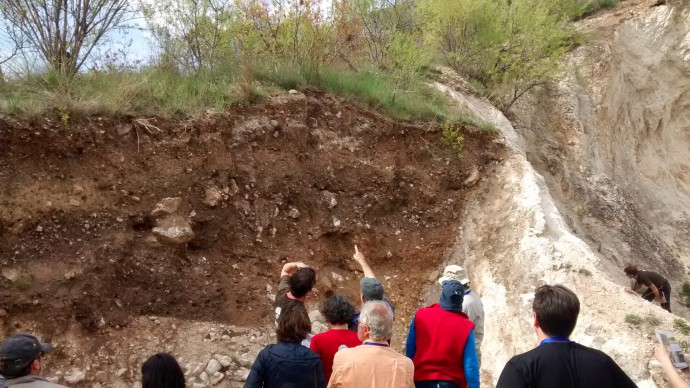 Fault plane crops out in the Venere quarry, trench site. 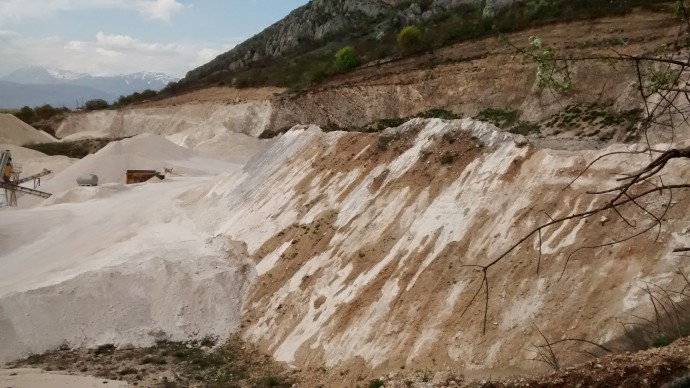 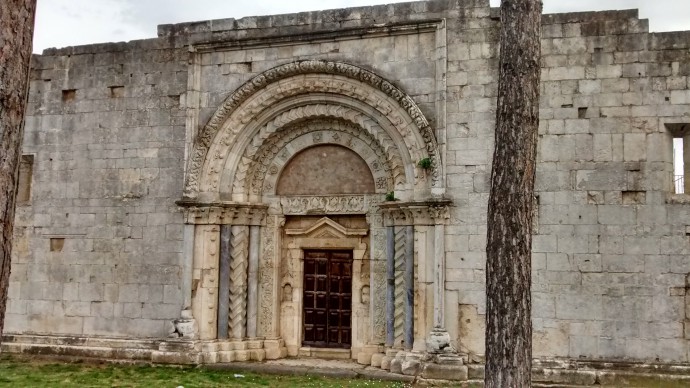 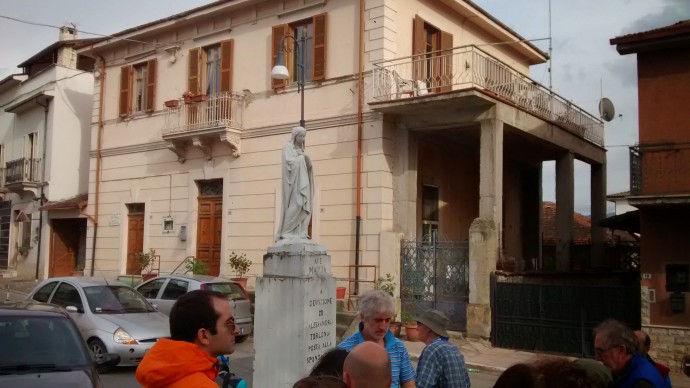 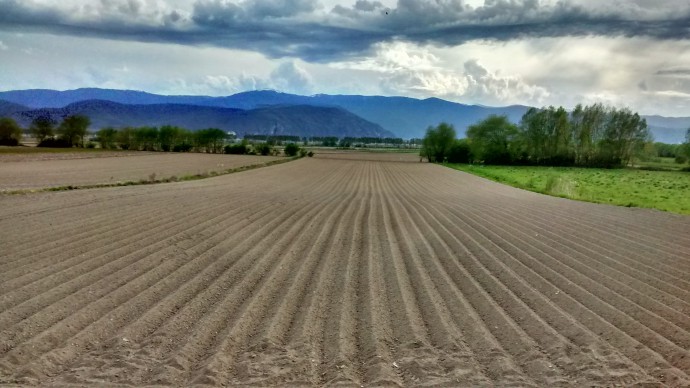 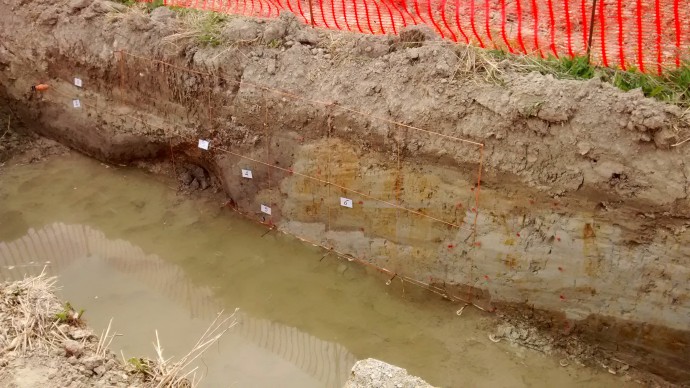 The trench that was exclusively opened for us by Paolo Galli

Intense discussion, as at every trench site where more than one paleoseismologist is present.

Stop 8, the hotel on a fault 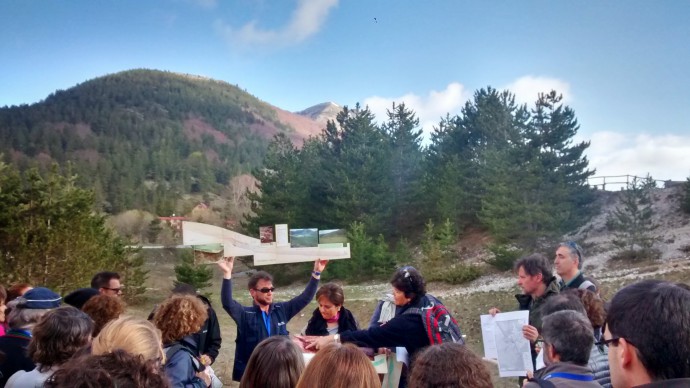 There’s a fault running beneath our hotel… 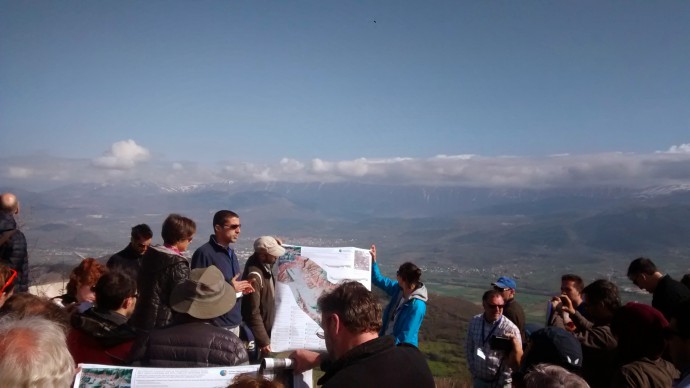 Gran Sasso range with L’Aquila in the basin 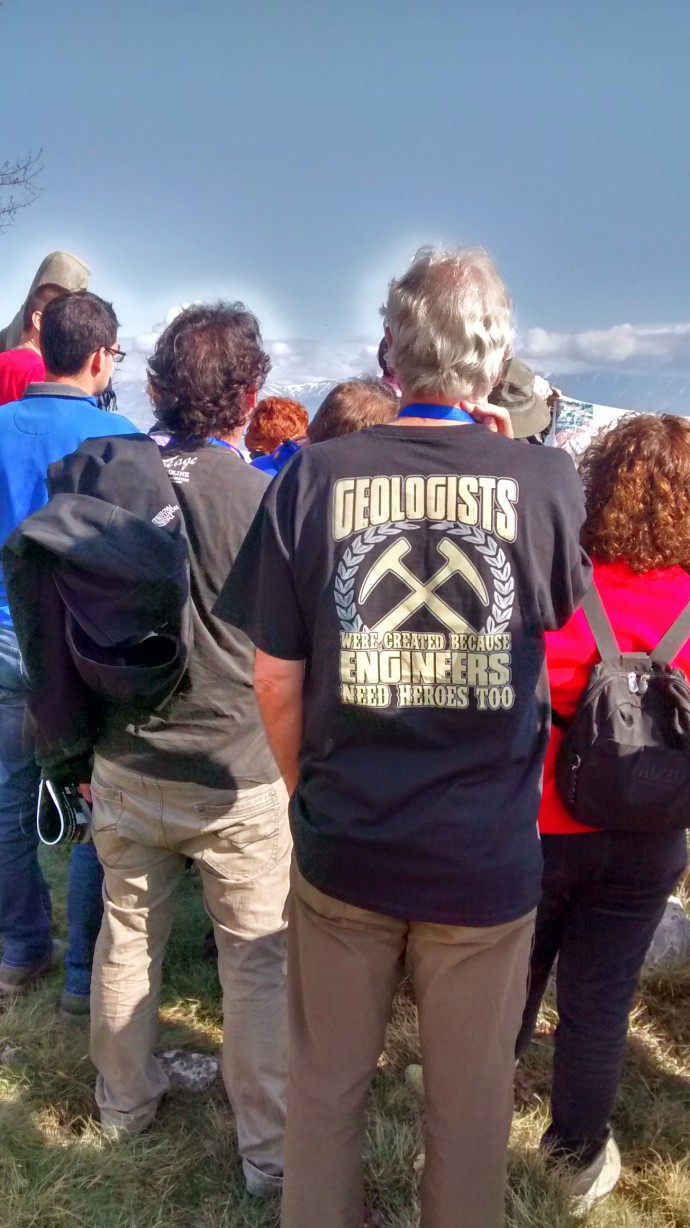 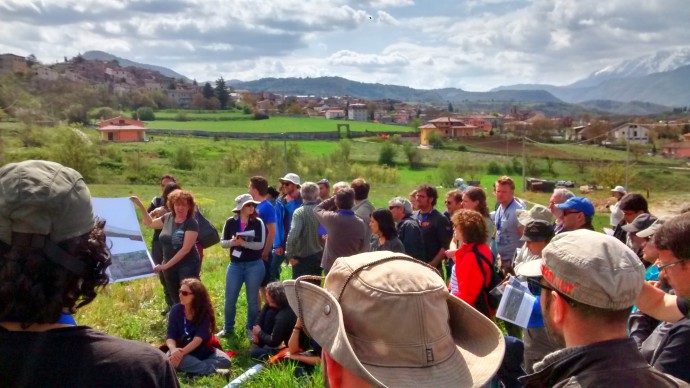 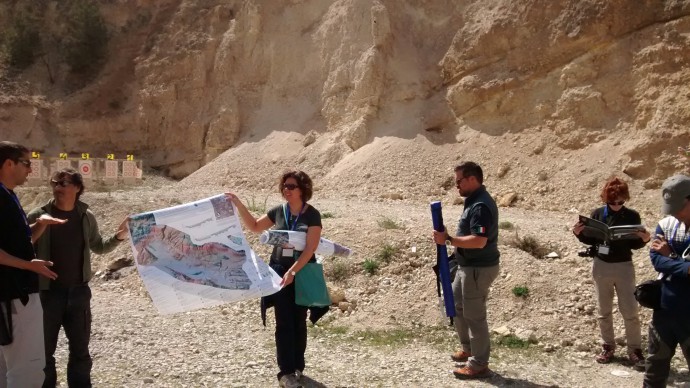