Those were the PATA Days 2016 in Crestone, CO

The 7th International INQUA Workshop on Paleoseismology, Active Tectonics and Archaeoseismology (PATA Days) took place last week in Crestone, CO. The meeting was organised by Jim McCalpin who did an amazing job – thanks Jim for inviting us to Crestone and for this wonderful conference. Prior to the meeting a six-day road trip to the Faults of the Wild West lead a group of ~20 people to the legendary sites of western US faults: Borah Peak, the Tetons, Wasatch, etc. On 29 May most participants gathered in Denver where the icebreaker took place. Early in the morning next day we started with a pre-meeting field trip to Crestone, driving into the Rocky Mountains, passing South Park, and arriving at Crestone just on time for lunch. 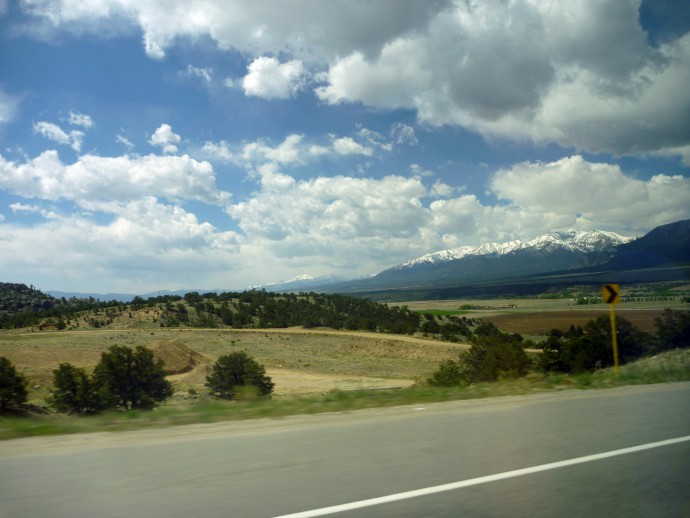 In the afternoon the conference was officially opened and the first talks and keynotes were presented. By now around 70 participants had arrived. The next day was devoted to sessions on strike-slip fault paleoseismology, and reverse faults and stable continental interiors. Subduction zones and coastal paleoseismology followed in the afternoon. Mexican dinner was held in the old Crestone Schoolhouse, and certainly the Crestone Brewhouse will remember this day, too. On 1 June we started with talks on normal faults and then left for an intra-meeting field trip to the (normal!) fault scarps in the vicinity of Crestone – Jim’s playground. 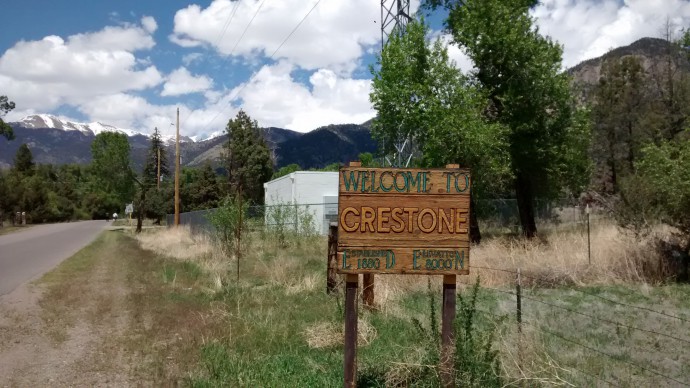 After the field trip Jim invited us to a BBQ at his McAlpine Ranch, including live music! 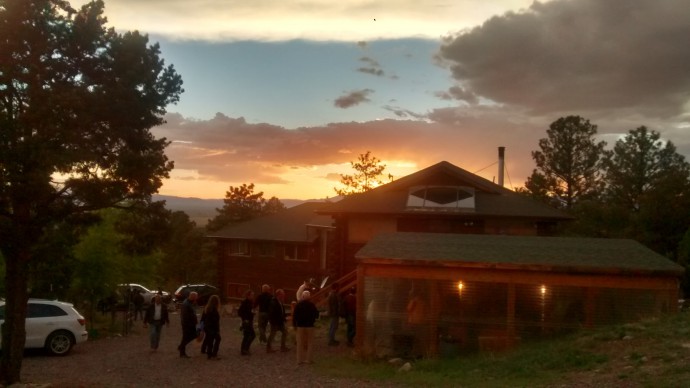 The first half of 2 June saw sessions on seismites & neotectonics, seismic hazard, remote sensing, and geophysics, before we left for the student training in the afternoon. First, Jim, Alan Nelson (USGS), and Richard Koehler (Nevada) taught us to read soil profiles. Then Jim introduced us to his own trench, which is the only permanently open trench in the entire US. Ramon Arrowsmith (Arizona) and Ed Nissen (Colorado) held a field lecture on the use of LiDAR data and Structure-from-Motion photogrammetry (SfM), which included also a drone flight. Lastly, Petra Štěpančíková, Jakub Stemberk and myself demonstrated electric resistivity tomography measurements.

After dinner we were surprised by spiritual Crestone Belly Dancing, before Rob Langridge revealed his plans for the next PATA Days 2017 in New Zealand.
We started for the post-meeting field trip the next day and headed north to see the Upper Arkansas Valley of the Rio Grande Rift with its offset moraines, fault scarps and paleo-lake features. 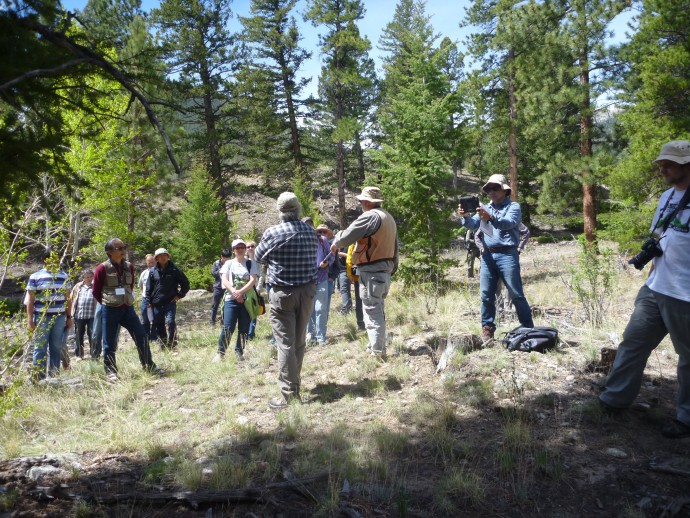 Finally, we arrived back in Denver where we held the INQUA business meeting in the evening.

Thanks again to Jim, the committee members, the Crestone Science Centre, GeoHaz and everyone else involved for the organisation of that great event! We are all looking forward to re-convening in New Zealand from 1-7 May, 2017. Make sure to register at pata2017.nz for updates! Also, check out the new website of the INQUA Focus Group IFG EGSHaz (Earthquake Geology and Seismic Hazards), earthquakegeology.com (under construction).

The proceedings of the previous meetings can be downloaded at earthquakegeology.com.