“Blown in the wind” Bob Dylan would have said or, at least, by. An international team (Università dell’Insubria, Università degli Studi di Milano – ITALY, Universität Innsbruck – AUSTRIA) found evidence of surface secondary faulting by blind thrust thanks to a promising setting characterized by syn-growth aeolian sedimentation, at the northern fringe of the Po Plain (N Italy). Results were published this year, in the Journal of Geophysical Research. 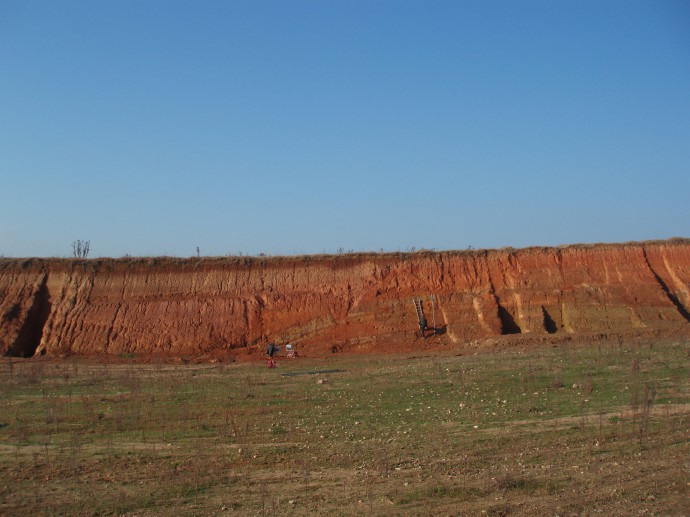 The analyzed south-verging anticline located in the Monte Netto site. Photo taken from the east. This structure suggests the presence of underlying shallow thrusting driven, in turn, by the growth of a deeper blind thrust. 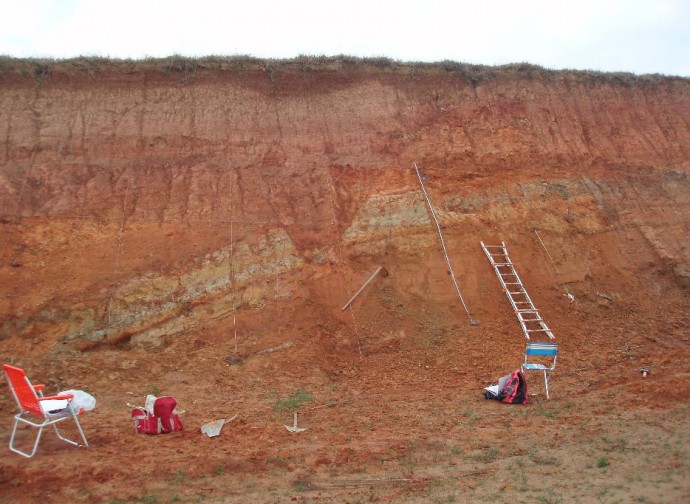 A zoom on the central sector of the anticline, in the axial sector between anticline crest and forelimb. Note the gravity graben structure in the center of the image, displacing sedimentary units and soil horizons.

This research started in 2006 when Italian scientists found some new exceptional outcrops exposed by recent quarry excavations on the top of one of the isolated hills (the Monte Netto hill) scattered at the northern margin of the Po Plain of northern Italy. The Monte Netto hill is resulting from the culmination in a plain sector of a thrust-related fold. The underlying structure has been studied thanks to seismic reflection data (Courtesy of ENI E&P; Livio et al. 2009), but geophysical data was lacking resolution in the upper 150 m and interpretation pointed to a fault tip buried ca. 1000 meters below ground surface.

What the team found in the Monte Netto quarry, located just above this structure, was, conversely, surface folding of fluvioglacial sediments and an associated weathered sequence of syn-growth loess (aeolian silt) layers, suggesting the presence of very shallow thrusting.

What was the relationship between the observed surface deformation and the deep, underlying main thrust? This question mainly drove in deeply investigate this outcrop through a multidisciplinary approach in order to date the sequence, create a reliable structural model of the observed surface deformations, calculate, in turn, uplift/slip rates and suppose a structural solution linking the different deformation levels.

We made use of radiocarbon and optically stimulated luminescence (OSL) datings, together with a detailed sedimentological and pedostratigraphic analysis of the syn-growth loess/paleosol sequence to finally infer a chronostratigraphic correlation with glacial-interglacial phases occurring during the time interval from MIS 6 to the Holocene (e.g., Zerboni et al. 2014). Moreover, a multistep retrodeformation of the fold allowed us to calculate uplift rates for this secondary and shallow anticline, varying between 0.02 and 0.1mm/yr since circa 200 kyr. 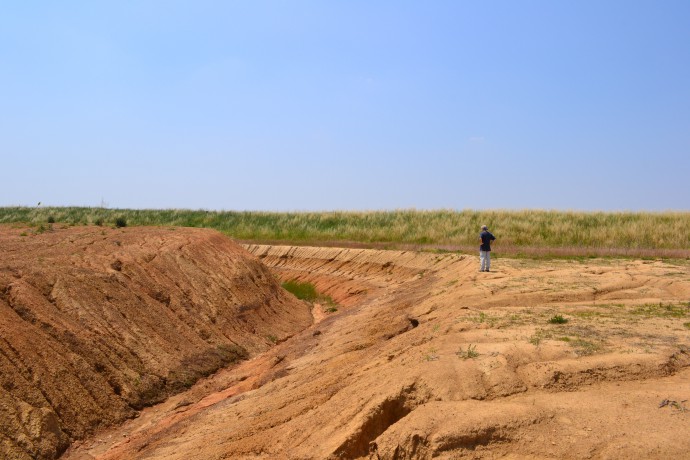 A nice shot on the pedostratigraphic horizon in a 3D perspective thanks to the extensive quarry activity performed at the site. Alessandro Michetti for scale.

Finally, basing on observed fold geometry, we provided a TRISHEAR forward-model which allowed to infer the best-fitting fault plane solution and slip-on-fault, in order to obtain the considered fold. This model allowed us to model a structural solution down to ca. 50 m below topo surface, very close to the shallowest readable part of the available seismic lines, thus helping filling the gap between the two dataset scales and highlighting a complex pattern of upward strain partitioning from blind thrust.

Lot of work thanks to the integration of many different disciplines, isn’t it? That’s why many people visited this site… 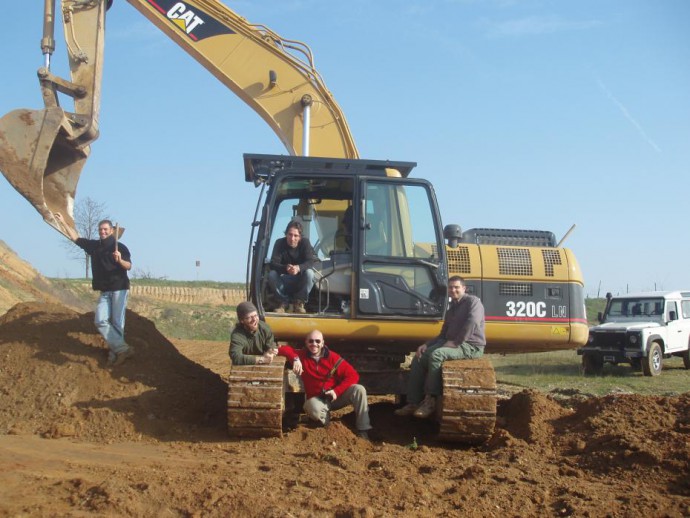 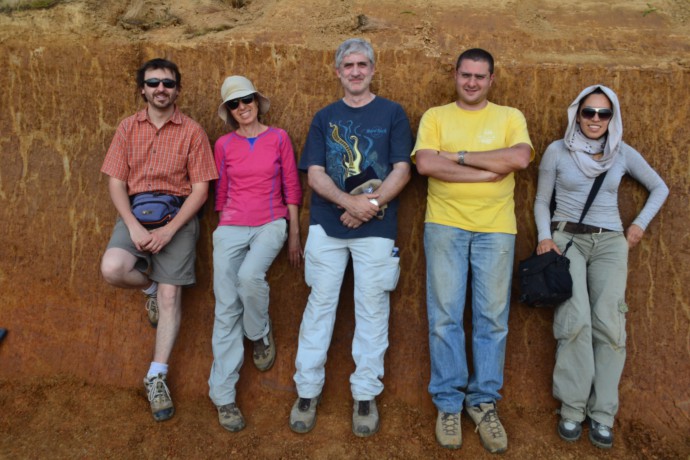 This is the first time that contractional late Pleistocene surface deformation, related to blind thrusting, has been documented in the northern Po Plain, re-opening new issues about how “blind” a buried structure can be considered and rising important implications, especially for Surface Faulting Hazard Assessment studies.

Zerboni, Andrea, et al. “The loess-paleosol sequence at Monte Netto: a record of climate change in the Upper Pleistocene of the central Po Plain, northern Italy.” Journal of Soils and Sediments (in press). http://link.springer.com/article/10.1007/s11368-014-0932-2#page-1