Isn’t it too hot to be inside and reading? For the night here are some short news on the top 100 paper of all time, the Landers earthquake and Landsat data. Today is Friday and here are your links!

The top 100 papers
Nature explores the most-cited research of all time together with Thompson Reuters, based on their Web of Science. Most of the top papers are from biology, computer science, statistics or crystallography – and I couldn’t find any earth science paper in the list. However, I can still say that I cited one of the famous papers: no. 24 by D.R. Cox (hat tip to Tomás…). There is also a top 100 list based on Google Scholar data, also missing earth sciences papers. Anniversary of 1992 Landers California earthquake
On June 28, 1992, the Landers earthquake shook california with a magnitude of 7.3 and complex rupture patterns. The Active Tectonics Blog by  Ramón Arrowsmith now compiled recent and older significant publications on this event, including videos and presentation slides. Readworthy!

Landsat 8 Data Users Handbook
A new handbook is now available for users of Landsat 8 data, published by the USGS. It includes facts on the instrumets and products, and also adresses known issues with Landsat 8 data. Like striping (see the image). You can access the entire handbook here. (HT Digital Geography) 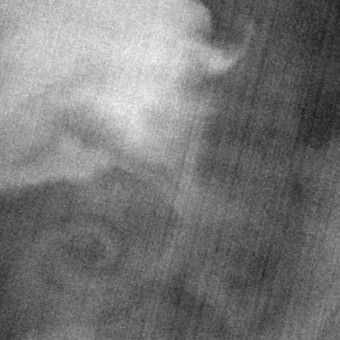 As you maybe know, the law amendment on fixed-term contracts (WissZeitVG) at universities and research institutes is discussed these days. After an rather unlucky open letter by the so-called alliance of scientific organisations – who speak for the organisations and not for the scientists (here), and a petition by over 25,000 scientists (here) and an open letter by over 4,000 scientists (here). The media is not genuinely interested in this issue, but the law amendment becomes relevant for PhD students and PostDocs on fixed-term contracts. A billion Euro will be provided for the establishment of a tenure-track system, and ultra-short-term contracts (contracts for only few months, below a year) shall be abolished.

What they apparently didn’t discuss is the issue between the “usual” three years until the doctorate and the pressure of publishing papers instead of writing dissertations, which is crucial (in my opinion) because reviews take very long and today usually force a lot of third-party funded scientists to finish their theses only after their contracts expire. And, I mean, has anybody even thought of discussing 50% positions? However, regarding payment the situation in engineering companies might be even worse.