A lot of great papers were published this week, so prepare for some reading this weekend. The South Napa Earthquake, drilling the Alpine Fault, earthquake supercycles and a landslide handbook. Today is Friday and here are your links!

Lynn Highland (USGS) and Peter Bobrowsky (GSC) have published The Landslide Handbook – a really nice and handy guide to the understanding of landslides. This handbook provides you with valuable information about landslides, evaluating and communicating landslide hazard, and mitigation concepts. It has really good figures and photographs, perfect for getting to know and getting back to landslides. You can get the full guide here. 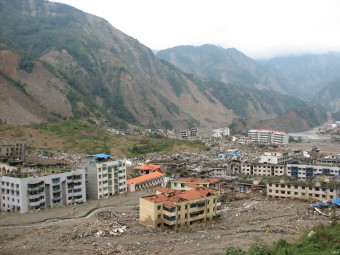 Damage from the 2008 Great Sichuan Earthquake in China

The latest issue of Seismological Research Letters includes a Focus Section on the 2014 M6.0 South Napa Earthquake with articles on kinematics of the earthquake, ground motion and geodetic constraints. 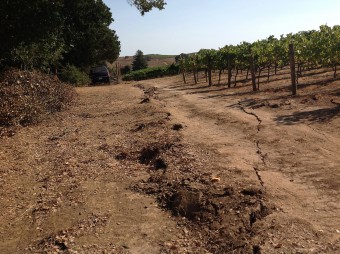 Great paleoanthropology news were published on Wednesday: a lower jaw fossil discovered in Ethopia was introduced as the oldest known member of the genus Homo. The fossil dates to 2.8 million years BP and is about 400,000 years older than the hitherto existing fossil records state. Two papers were published in Science this week, bearing another brick in the evolution from Australopithecus into Homo 2.5 to 3 million years ago.

Algerian and French researchers have published a study in Geology this week on Holocene turbidites recording earthquake supercycles at the plate boundary off west Algeria. 13 paleoearthquakes support the theory of several earthquake clusters with 300-600 year recurrence intervals separated by 1,600 year quiescence periods.

Did you know the “Drunk on Geology” section over at the Geology P.A.G.E.? I didn’t, until now. Jim Lehane introduces the mönchhop Mosel Slate Riesling. Rocks and the taste of wine – a neverending story.

Then there is this post on this article on drilling fault rock at the Alpine Fault, New Zealand, in the frame of the Deep Fault Drilling Project. Virginia Toy et al. identified zones into which deformation has localized.

Dan McShane from Reading the Washington Landscape has been doing work on the Whatcom County’s Critical Areas regulations, and adressed “those pesky geology troubles“: Seiche and Tsunami Hazard Regulations. While tsunami hazards had been investigated and modeled before, Seiche hazards needed more attention and studies.