Today is Friday! We have an earthquake in Spain, stunning photographs, LEGO, and a guide on how to avoid being misquoted. Here are your links!

The M4.8 – M5.2 Albacete earthquake on Monday, February 23, was felt over wide parts of Spain and had a wide social media and press coverage this week. No damage or injuries were reported. The perceived intensity of the earthquake was strong (V).

A testimony from 26 km N of the epicenter:
The quake toppled some fences that were leaning against the pillars at the village square […]. There were three tremors and light rolling and rumbling noises.

Investigating the mysteries of Antarctica is a stunning photo series by photographer Natacha Pisarenko (AP), who followed scientists searching for “hints of pollution trapped in pristine ancient ice, leftovers from the Big Bang, […] and perhaps most of all, signs of unstoppable melting.” 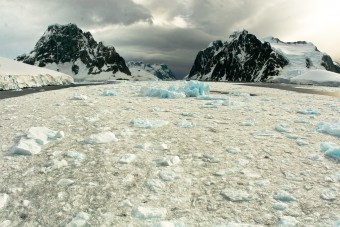 Another great photo from Antarctica, luckily relased into the Creative Commons.

At digital-geography.com, Riccardo reviewed ESRI’s Open Data Initiative (ESRI blog), which has over 25k freely accessible datasets ready for you.

The whole platform describes the standard for open data platform quite good: easy “search and get data” capabilities, support for open standards like geoJSON. But they really need to work on the performance when it comes to big data. Despite this I would like to work on with this portal and I prefer it much more compared to other data portals I have seen already.

During the EGU General Assembly this year, there will be loads of side events to the innumerable talks and lectures. These two career events at the EGU venue could be of interest especially for early career researchers: 1) Adding value to your research experience and 2) Job applications and interviews. Both are held by Sarah Blackford and Helen Goulding, bio- & geoscientists now focusing on career advising.

Have you ever been interviewed by journalists? Did they quote your statements correctly? Kevin Anselmo wrote this guide for you: How to avoid being misquoted by journalist over at the LSE blog “Impact of Social Sciences”. His key recommendations:

At LEGO, you can propose new projects like this LEGO Research Geology thingy! It was submitted by Circe Verba and needs some more supporters to get approved. This is where the promotion of future geologists starts!
(HT @GFZ_Potsdam)

Unfortunately, this will be only available for our German-speaking followers: Germany’s National Meteorological Service (DWD) and the Helmholtz Centre Potsdam (GFZ) released this book on Natural Hazards Research under a creative commons license. Get the PDF document here!