We have a geopic of the week, microplastics, SRTM-1 data distribution, and more! Today is Friday and here are your links!

Here’s the geopic of the week from the Arkansas Geological Survey blog: a sand dike!

Description:
Pictured above is what geologists term an injection feature or sand dike.  It formed when sand was violently forced upward into overlying clay before the sediment was cemented to form rock.  In environments where sediment is accumulating very quickly, water can get trapped and buried in a sand body;  as more sediment is deposited on top of the sand, the pressure causes the sand body to compress.  When water erupts upward to relieve the pressure, it carries sand with it which fills the fissure created by the escaping water.

This particular rock is part of the Jackfork Formation which is exposed at the surface around Little Rock Arkansas and surrounding areas; it was deposited when the area was at the bottom of a deep ocean basin more than 300 million years ago. Ink pen is for scale.

The distribution of SRTM-1 data proceeds really quick. In contrast to the announcements (which meant to wait until September 2015), already wide parts of the globe are covered and already released for download via EarthExplorer! Riccardo from digital-geography.com did a quick quality check on the data, and it looks promising! Global coverage of SRTM-1 and Gap in Northeast Africa (ht Simon at digital-geography.com

Terri Cook wrote on the Geology of Middle Earth! We all know that the movies are great because of the beautiful scenery! The New Zealand countryside is, was and will be: stunning. 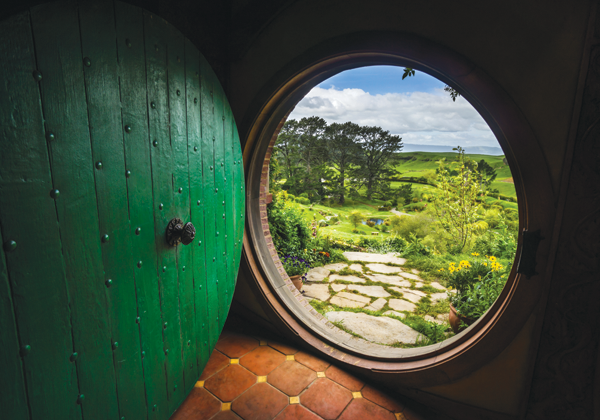 Hobbiton, a village near Matamata, New Zealand, was created for “The Lord of the Rings” movies.

E380 is a video-based presentation website (by ESRI) where latest ESRI products are announced, introduced and discussed. They provide fancy videos on their prototype lab, What’s new in ArcGIS 10.3, Story Maps and much more. Get a look inside:

Coming back to earthquakes a bit, there is a new earthquake swarm in Tungafellsjökull volcano! Is the swarm growing? Or growing silent? We’ll have to see!

Earthquake activity in Tungafellsjökull volcano for the last 48 hours. Copyright of this image belongs to Icelandic Met Office

And here is what all our paleoseismicity.org authors posted on our Facebook and Google+ walls this week:

Hazardous earthquake faults in Arizona by Phil Pearthree at the USGS ‘ meeting Evaluation of Hazardous Faults in the Intermountain West (IMW) Region: a talk on particularly hazardous Quaternary faults in Arizona. 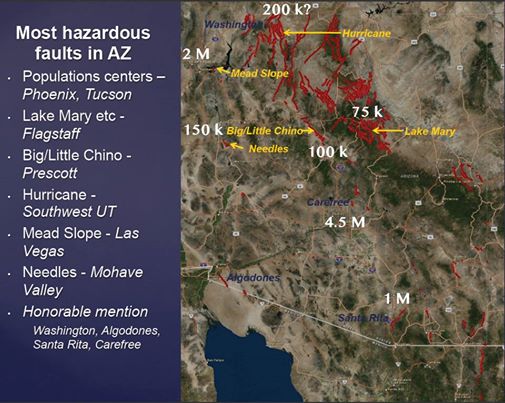 This image from Phil’s talk pinpoints several of the more hazardous earthquake faults in Arizona. Fault names are in yellow, nearby population totals are in white, k=1,000s, M = 1,000,000s.
Major metro centers of Phoenix, Tucson and Yuma are proximal to the Carefree, Santa Rita and Algodones faults, respectively.

The deadline for registration and abstract submission to the Fucino 2015 meeting has been postponed to 25 January.

We remind that all the info and procedures for Registration and Abstract Submission can be found at www.fucino2015.it

The Haiti earthquake happened 5 years ago!

2010 Haiti Earthquake — Five years ago, today, Haiti experienced a devastating M7.0 earthquake. The January 12, 2010, Haiti earthquake occurred in the boundary region separating the Caribbean plate and the North America plate. This plate boundary is dominated by left-lateral strike slip motion and compression, and accommodates about 20 mm/y slip, with the Caribbean plate moving eastward with respect to the North America plate. 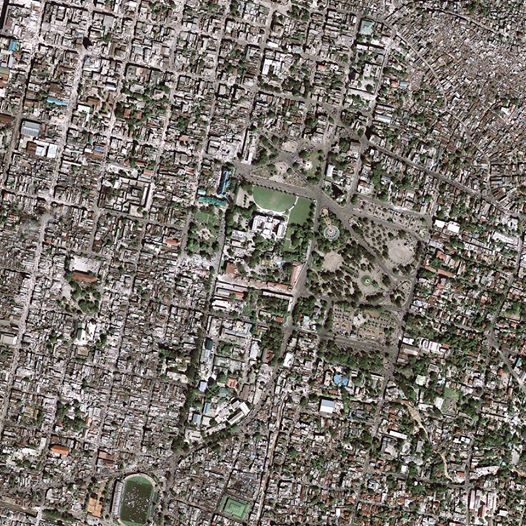 This photo is a high resolution satellite image showing the landscape and building damages after the earthquake hit Haiti. This image is part of the USGS Hazard Data Distribution System, which acquires and delivers satellite and aerial imagery in near-real time during natural or human-caused disasters.

Under Tents is an international campaign to win housing rights for Haiti’s displaced. The January 12, 2010 earthquake rendered more than 1.5 million Haitians homeless. Today nearly 80,000 Haitians continue to live under tents while thousands more live in sub-standard housing. A growing number, along with their Haitian and international allies, are organizing to demand public or affordable housing. http://undertentshaiti.com/

Uncovering the geological secrets of extreme waves on Oman’s coast: