Ho, ho, ho! Merry Christmas, everybody. Have a joyful season and a happy, happy, happy new year! In case you’ve forgotten (over eating and drinking): Today is Friday and here are your links!

Ooookay, this is only going to be a brief one, since I have to jump from breakfast to lunch to coffee to dinner these days…

Michelangelo’s David statue will get an earthquake-proof pedestal after an ongoing series of small earthquakes with a maximum magnitude of 4.1 in the famous Chianti wine region. Italy’s government decided to spend 200,000 € on an antiseismic platform, after Italian scientists reported that the statue was in danger of collapsing because of tiny fractures in its ankles. 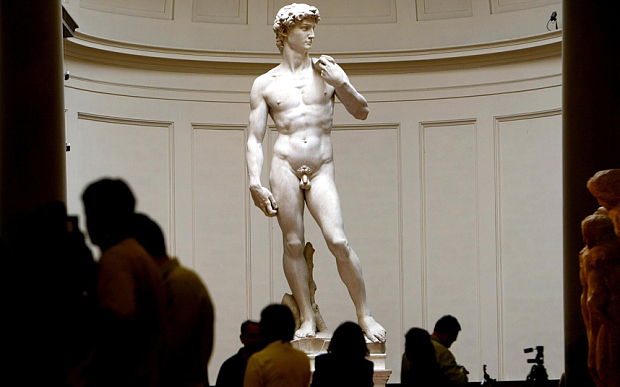 Harold Asmis (a.k.a. Ontario Geofish) wrote on earthquakes in North America’s East, after struggling with Eastern North America being the somewhat poor cousin to earthquake-prone California, even to Canadians. It’s a five part story.

Something for you landslide guys: amazing photographs and gigapans of a rock fall and a protalus rampart on the trail to Helen Lake, including lichens and a (peri)glacial environment!

And here is what all the paleoseismicity.org author posted on our Facebook and Google+ walls this week:

Dropcoverholdon
Do you know how to make your home a safe space during an earthquake? Take this quiz and find out!

Times of Oman
Oman’s coastline is full of signs that reveal past extreme wave events, such as tsunamis, and a professor from GUtech has dedicated much of his research to examining sites along the coast to learn how the country can prepare for any similar events in the future. From archaeological remains to physical changes in the landscape, […] a number of indications that Oman has been hit by several tsunamis as well as cyclones over the past 5000 years [have been found].