The Chilik-Chon Kemin Fault Zone is a major left-lateral strike-slip fault zone in Kazakhstan and Kyrgyzstan, just a few tens of kilometres east of Almaty and north of Lake Issyk Kul. It has seen one of the largest continental earthquakes ever recorded in 1889, with an estimated magnitude of ~M8.3. In July and August I had the chance to visit this fault zone for two weeks together with Angela Landgraf from Potsdam and Aidyn Mukambaev from the National Data Centre, thanks to a travel grant from COMET (thanks so much, COMET!) and with support from the EwF Project. We wanted to find out more details about the tectonic geomorphology of this fault zone and we wanted to study the slip rate and earthquake recurrence intervals. So we took our drone, shovels and picks and set off for a field trip into the mountainous wilderness. Since I will leave for another field trip to Kazakhstan (Dzhungarian Fault) tomorrow, I will leave you with some impressions from our field work and provide more information once the paper is published…
Enjoy! 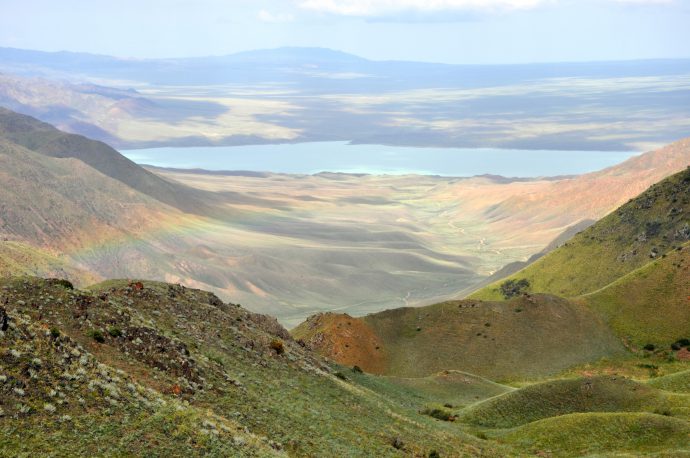 A rainbow across the fault, but where is the gold? 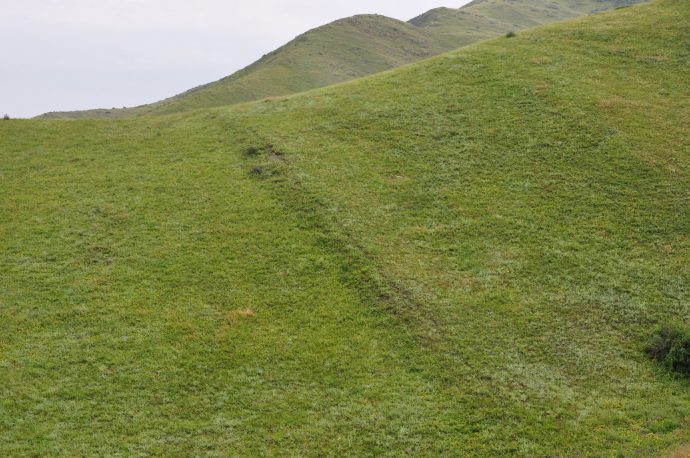 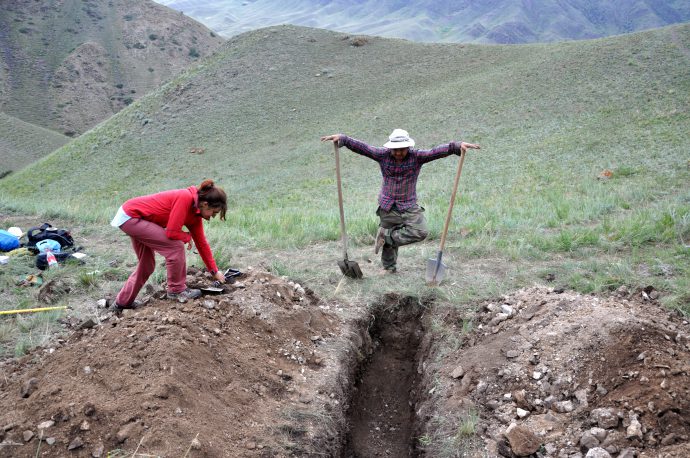 Lesson learned: Always trench next to a road, otherwise you don’t have an excavator and you need to carry the picks and shovels to the trench site (and back).

The fault also has a vertical component of motion as evidenced by the uplifted erosional surface.

This is the scale of offsets that we observed. A channel diverted by 350 m! 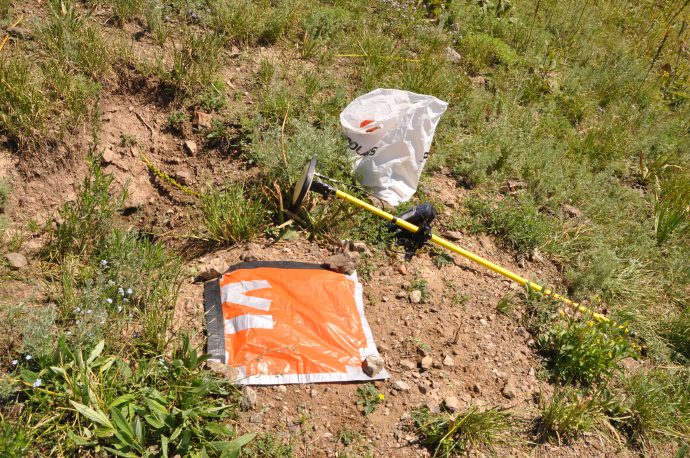 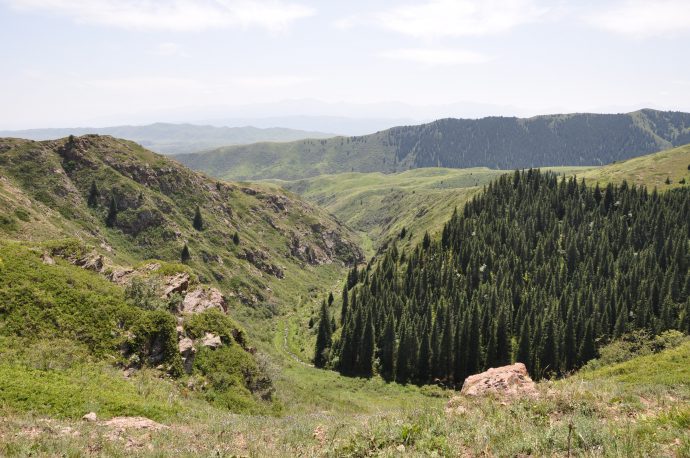 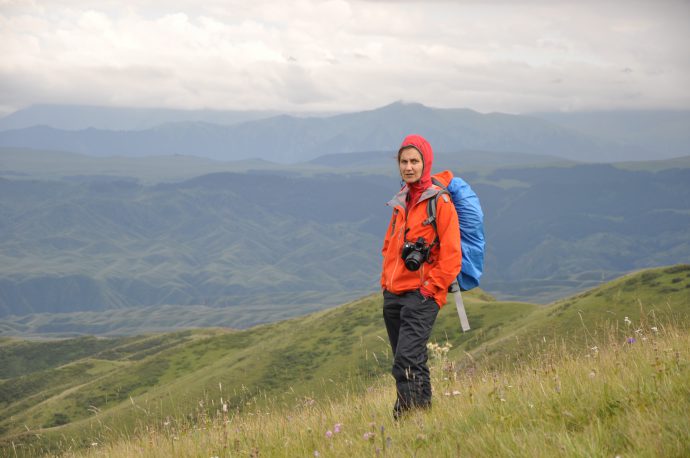 Gela in field gear – we had lots of rain and thunderstorms. No fun if you know that the only way out of the valley is a three hours drive on muddy roads… 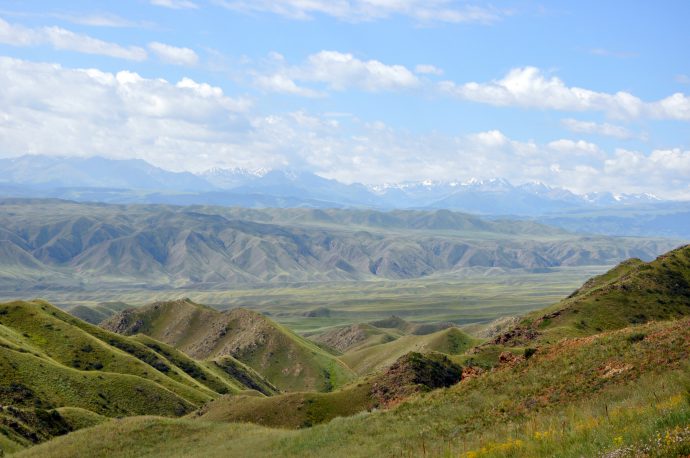 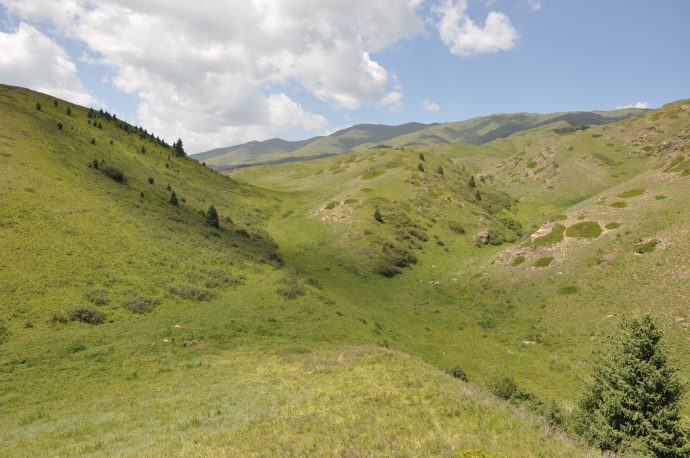 A windgap, an amazing and beautiful windgap. Probably recored only a few events or even only one really big one. We’ve dug a 2.5 m deep it here. 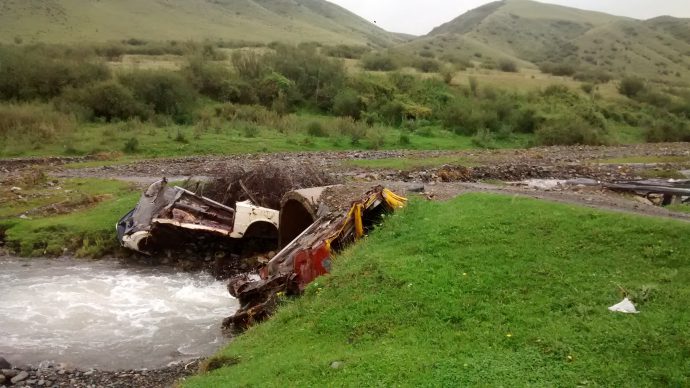 An innovative way of building bridges. 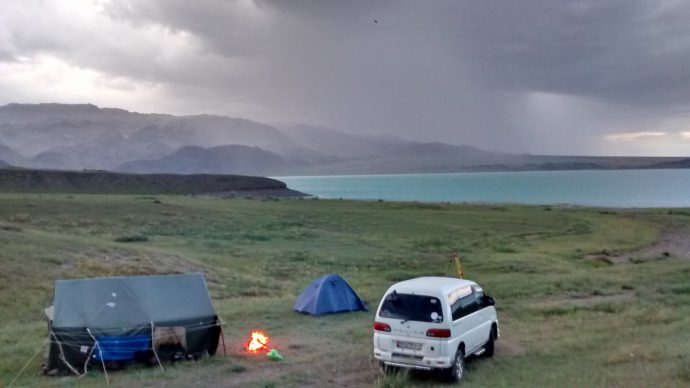 A thunderstorm approaching our camp. 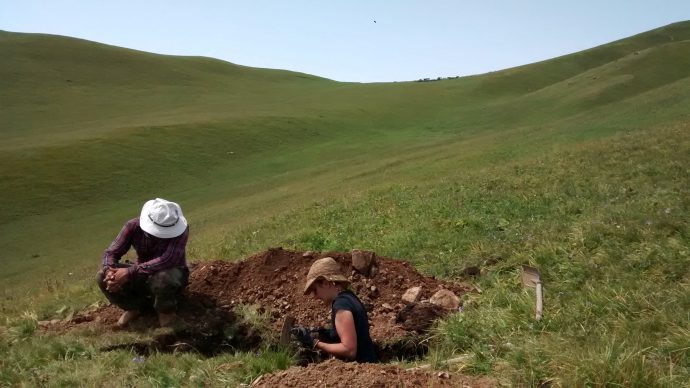 How old is this scarp? Let’s dig a pit and find out. 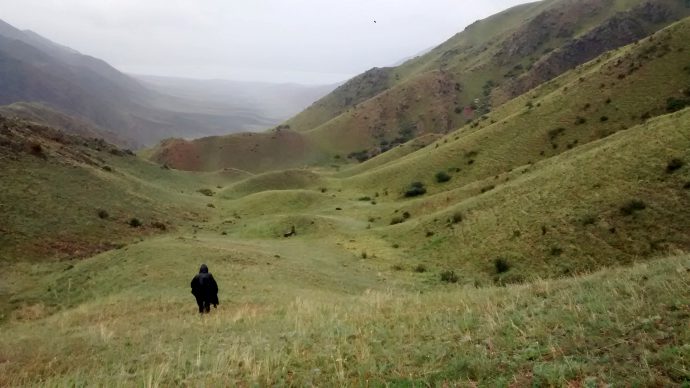 The fault has nicely offset those ridges. 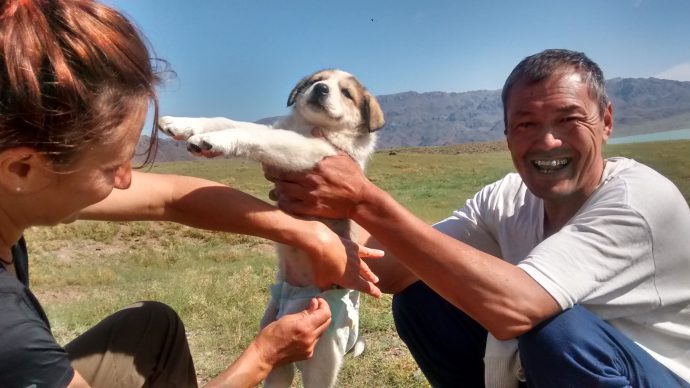 Our drive back to Almaty became much more interesting than I thought it would be when our driver bought a puppy the day before we left. 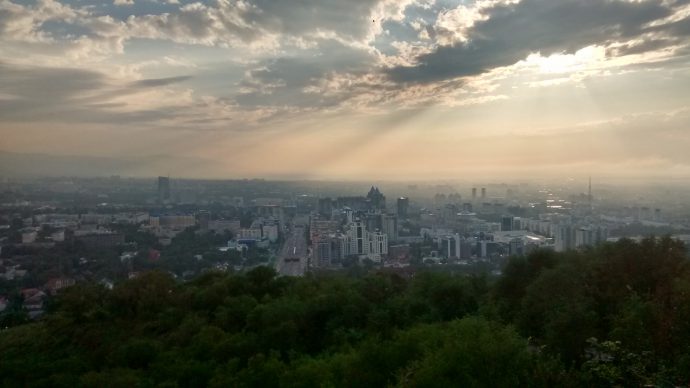 Back in Almaty, finally.

On the flight back I’ve seen what is left from the Aral Sea.