The city of Cusco in Perú has been hit by damaging earthquakes several times in its long history. In Inka times a strong earthquake destroyed parts of the city, and the Spanish invaders documented an earthquake that happened in 1650. Three hundred years later, in 1950, an earthquake destroyed large parts of modern Cusco and in 1986 a M6.1 event also led to damages in the city. In order to better understand the active normal faulting in the region, INGEMMET has launched the project Cusco-PATA (Paleoseismology, Archaeoseismology and Active Tectonics – “pata” also means “scarp” in Quechua). The project brings together scientists from Perú, Spain, France, and the UK. The 2017 field campaign started in mid-April with work on the archaeological sites in and around Cusco and paleoseismological trenching of the Pachatusan Fault.

Anti-seismic design or just a beautiful Inka wall in Cusco?

We studied the beautiful Inka sites near the city to look for possible earthquake-related damages and earthquake archaeological effects. The Inka often used huge polygonal boulders to build their walls and employed techniques that resemble anti-seismic design features. A systematic survey of both damages and possible anti-seismic measures in many archaeological sites will help to understand both the timing and the intensity of past events. This work is mainly run by Miguel Rodríguez Pascua from IGME (Spain). 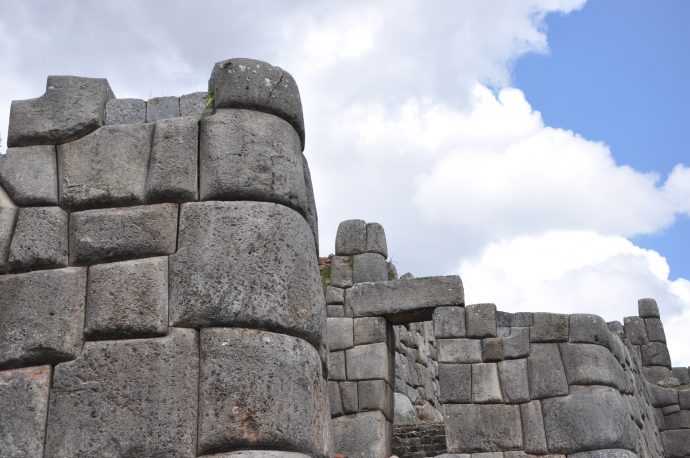 Anti-seismic (?) design and damage at Saqsayhuaman. 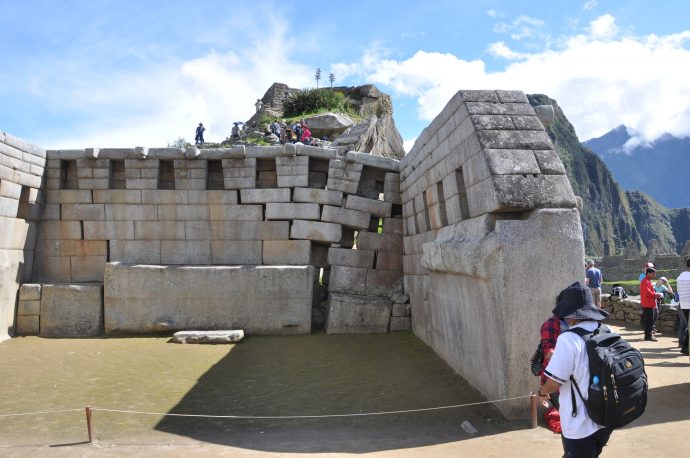 The second main objective of this field campaign is to trench the normal faults north of Cusco. We want to find out if they are responsible for all of the historical/instrumental earthquakes or if there are other yet unknown players around. Also, neither is there data on the slip rates and recurrence intervals of these faults so far, nor do we know the maximum magnitude they are capable of. This is a fault system dozens of kilometres in length, and one main question is if the faults can rupture together in large events. Historical normal faulting earthquakes in Perú like the 1946 Ancash event produced up to 3.5 m high fault scarps… 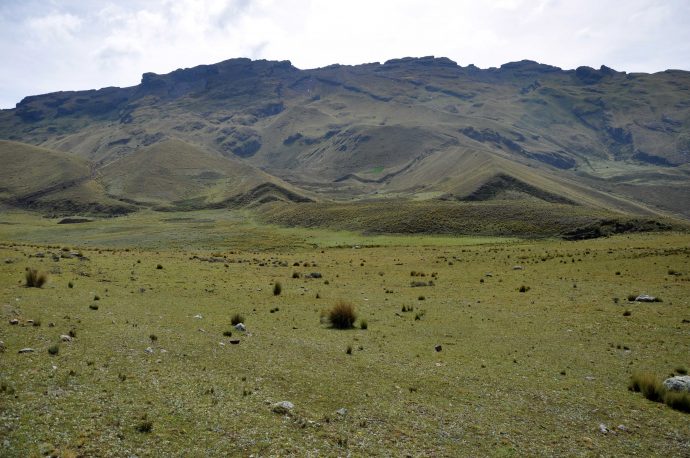 Moraines offset by the Pachatusan Fault. 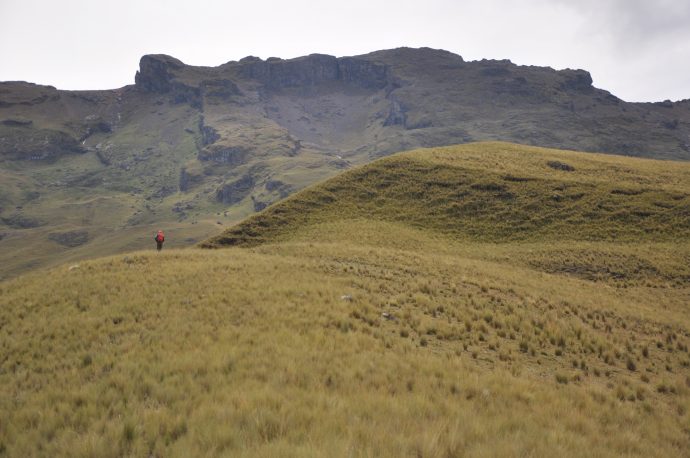 Richard Walker in front of the impressive fault scarp.

We started our work at a site where young moraines are offset by the Pachatusan Fault by more than 10 m. Researchers from INGEMMET produced a high-resolution digital elevation model (DEM) from aerial imagery acquired with a fixed-wing drone. Structure-from-Motion photogrammetry allows to compute the elevation from overlapping images. The moraines are offset by more than one fault strand and even some antithetic scarps are visible in the field and in the DEMs. Dating the moraines with cosmogenic techniques should give us an average slip rate since moraine formation. This work is done by a team from France (ISTerre/IRD) in cooperation with INGEMMET.

In order to understand the earthquake history, we trenched the main scarp, a synthetic scarp, and the antithetic faults. We found offset layers and colluvial wedges that testify to past events. Trench interpretation is often tricky, because the offset moraine material usually lacks a well-defined stratigraphy and mainly consists of chaotic sediments of all grain sizes. We use 14C, optical stimulated luminescence (OSL), and 210Pb dating to determine the timing of the events that we identified. Trenching was mainly done by scientists from INGEMMET, ISTerre, Oxford, and Cambridge. 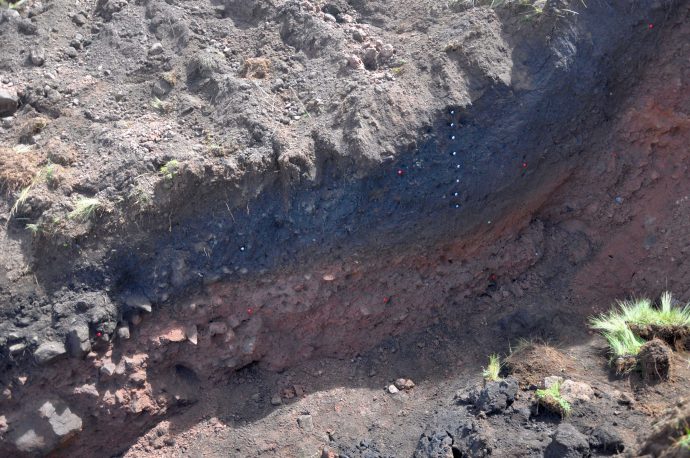 Normal faulting in one of the trenches. 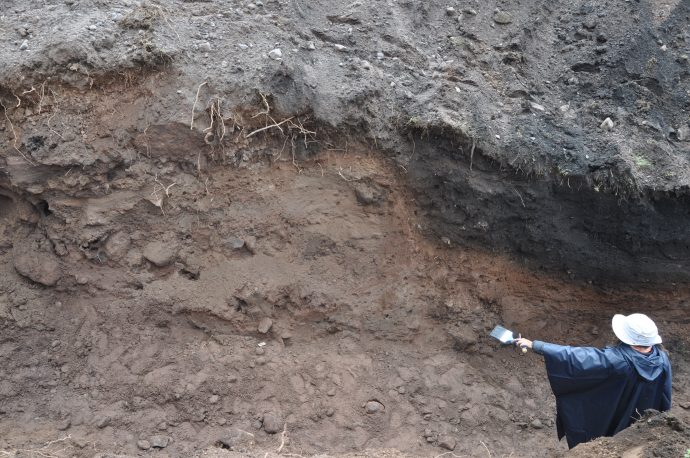 Antithetic normal faulting in one of the trenches.

We hope to have first dating results in summer/autumn 2017. These data will allow us to refine the trenching strategy for next year when we will aim for other fault segments.

If you want to learn more about the project Cusco-PATA watch this video by INGEMMET (in Spanish):

Before we started our field we held a short conference on active fault research in Lima, Perú. The talks are available online: