Second meeting on Active Faults and Paleoseismology in two weeks, so I am on the road again. Today, the 2nd Iberfault meeting in Lorca/Murcia/Spain starts focussing on A multidisciplinary approach to the study of active faults, earthquakes and seismic risk. After the very successful first meeting in Sigüenza/Guadalajara/Spain in 2010 after four years now the city of Lorca is the host. The reason is simple: a magnitude 5.1 earthquake struck the area, leaving the region with the relative high number of 9 casualties, 100 Mio. € damage and a series of scientific papers that e.g. this earthquake was anthropogenically induced by water expulsion (it was discussed here a couple of months ago by Christoph).

So, from tomorrow on, I will report daily on the highlights of the meeting. I had the chance to visit the trenches of Marta Ferrater and Eulalia Masana of the Barcelona Univ. more or less in a pre-meeting private excursion, meeting Pere Santanach there, the Godfather of Spanish neotectonics. Here are some impression from the field trip and the trench of the Alhama de Murcia Fault. First of all: where is it? 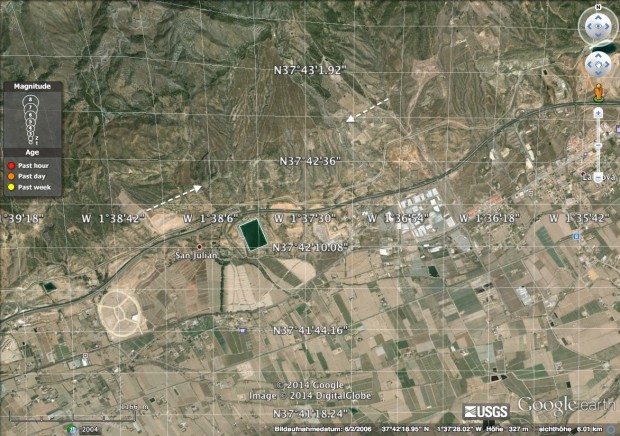 The trace of the Alhama de Murcia Fault marked with two white arrows, and the trenching area. There is a considerable vertical component (S part is uplift) on this left-lateral strike slip fault causing river blocking and deflection (GE image, near San Julian, E of Lorca). 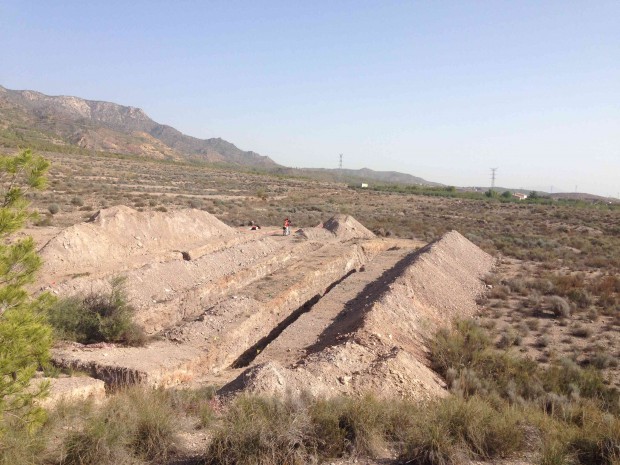 Strike-slip faults need 3D trenching to get an extimate of displacement, e.g. by river channels. 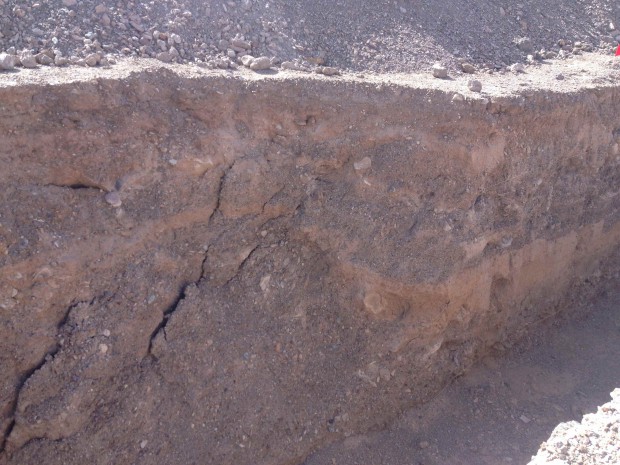 Secondary Riedel-shear like fault in the trench (open fracture with shadow), with a nice folded and warped fine-grained horizon.

The abstract volume can be download here, under “volumen de comunicaciones”;